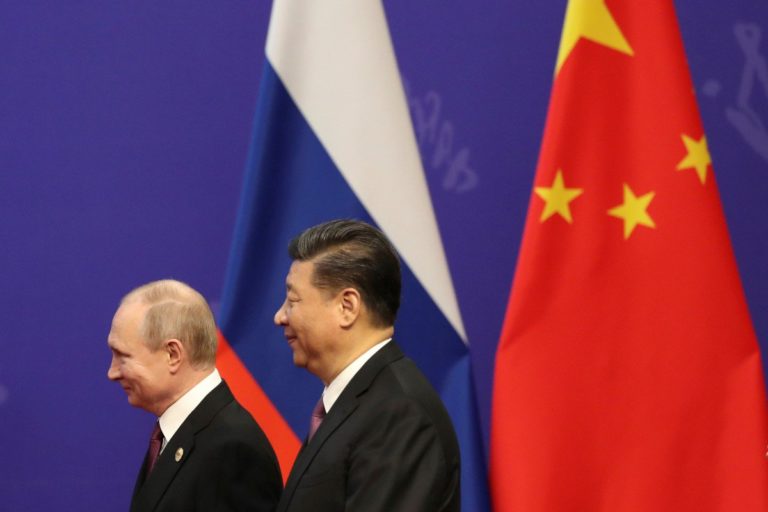 The J-15 warplanes will take off from the Chinese Liaoning-CV-16 aircraft carrier, which reached Syrian shores on September 26, according to DEBKAfile. This will be a landmark event for Beijing: its first military operation in the Middle East as well the carrier’s first taste of action in conditions of real combat.

Thursday night, China’s foreign minister Wang Yi, made this comment on the Syrian crisis at a UN Security Council session in New York: “The world cannot afford to stand by and look on with folded arms, but must also not arbitrarily interfere (in the crisis).”

A no less significant development occurred at about the same time when Iraqi Prime Minister Haider al-Abadi, speaking to the US PBS NewsHour, said he would welcome a deployment of Russian troops to Iraq to fight ISIS (Islamic State / ISIL) forces in his country too. As an added incentive, he noted that this would also give Moscow the chance to deal with the 2,500 Chechen Muslims whom, he said, are fighting with ISIS in Iraq.

Baghdad and Moscow have just concluded a deal for the Russian air force to start using the Al Taqaddum Air Base at Habbaniyah, 74 km west of Baghdad, both as a way station for the Russian air corridor to Syria and as a launching-pad for bombing missions against ISIS forces and infrastructure in northern Iraq and northern Syria.

A joint Russian-Iranian-Syrian-Iraqi war room has been working since last week out of the Iraqi Defense Ministry and military staff headquarters in Baghdad to coordinate the passage of Russian and Iranian airlifts to Syria and also Russian air raids. This command center is also organizing the transfer of Iranian and pro-Iranian Shiite forces into Syria.

Russia has thus gained a military enclave in Iraq, just as it has in Syria, where it has taken over a base outside Latakia on the western coast of Syria. At the same time, the Habbaniyah air base also serves US forces operating in Iraq, which number an estimated 5,000.