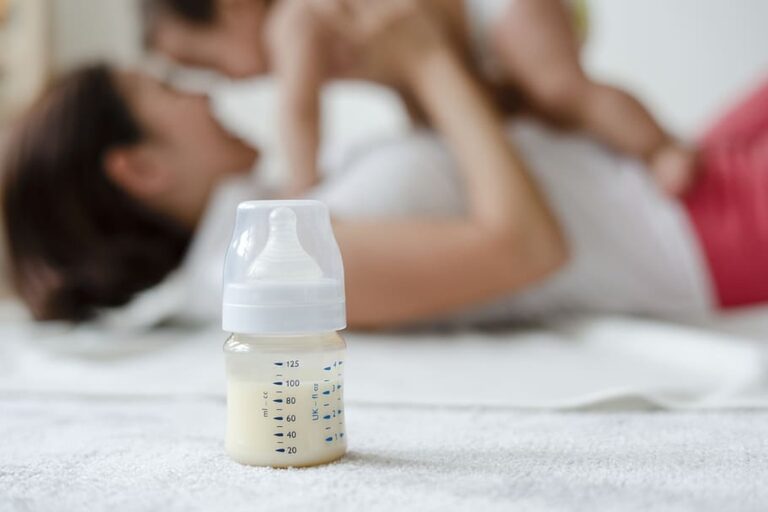 The contents of baby formulas differ depending on such points as manufacturer, age, specialty nutrition (for example, low-lactose, soy, etc.). You’ve probably noticed that almost all formulas are enriched with iron. The reason is that a newborn needs it about five times more than a grown-up.

This trace element is responsible for the oxygenation of every cell in the organism and is an integral part of hemoglobin which takes part in the breathing process. Therefore, iron deficiency is a serious problem that is dangerous for a child’s health.

Why is iron so important?

The importance of such a trace element as iron for the child’s organism cannot be overestimated. It is necessary for good blood formation and directly influences the functioning of the immune system and its growth. Most of the iron supplies oxygen from the lungs to the blood and all other organs, especially the brain. Without this trace element, cellular breathing would be impossible. In addition, this trace element is an integral part of enzymes and proteins that are needed to break down and eliminate toxins, convert calories into energy, and help the immune system fight infection.

During pregnancy, a mother provides her kid with iron for the first 4-6 months of life, so a newborn’s organism can independently absorb it in the future. A lack of iron can have serious consequences, with symptoms ranging from fatigue and headaches to insomnia and nausea. In extreme cases, it leads to anemia.

Breast-fed babies receive iron from human milk while bottle-fed kids need formulas with concentration at least two times higher. 10 mg per day is the intake for kids over a year old; 4-7 mg for 4-6 months old; and from birth to 3 months is 4.0 mg per day. The formula should contain at least 8-10 mg of this mineral per liter because during the period of active growth, the baby’s need for iron increases sharply.

If a baby is fed with iron-fortified formula, only 4 percent of the iron is absorbed. However, there is no need to worry because the iron-fortified formula contains enough nutrients to meet the peculiarities of development and needs so no extra supplementation is necessary. For mixed feeding infants over 4 months old, it is recommended to receive 1 mg/kg per day. Premature kids need to have 2 mg/kg per day for 12 months.

The dangers of iron deficiency

The deficiency of this trace element during the first years of life leads to problems with the formation of the nervous system. With a lack of this trace element, myelin synthesis, dopamine metabolism, and motor skills are disturbed. Besides, psychomotor and physical development is delayed and immunity is also affected. The most dangerous problem is anemia. Anemia is a decrease in hemoglobin levels that cause a reduction in the number of red blood cells.

Hemoglobin is an extremely important iron-containing protein, whose task is to transport oxygen to organs and tissues of the organism. With a lack of hemoglobin, a kid experiences oxygen starvation. With a prolonged decrease of hemoglobin, a child develops hypoxia(oxygen deficiency) as a result of which all organs suffer. Anemia can cause children to lag physically and intellectually.

The deficiency could happen because of antenatal and postnatal risk factors. As it was already mentioned during the pregnancy a mother enriches a kid with iron, however, there could be cases when a child doesn’t receive enough iron. That is called the antenatal factor. The early development of deficiency can be caused by toxicosis, infectious diseases, the threat of termination of pregnancy, etc. The most susceptible to iron deficiency are premature babies or those born with lymphatic-hypoplastic diathesis.  The postnatal factor of iron deficiency is the insufficient intake of iron from food. At risk are also babies who received complementary food too late.

Sometimes it happens that iron enters the child’s organism in sufficient quantities, nevertheless, a baby faces its deficiency. This could happen because of impaired absorption of nutrients in the gastrointestinal tract, lack of vitamin C, or helminth parasitic invasions. Symptoms that may alert deficiency include:

These are common signs and if they are found, you should visit a pediatrician.

What if there is more iron than needed

However, when the iron amount is increased it affects the functioning of the heart, liver, pancreas, causing cirrhosis, diabetes mellitus, hepatitis, arthritis, and other pathologies. An excess of iron usually occurs due to a hereditary or acquired disease called hemochromatosis when a kid’s body stores too much iron.

Most often, it happens because of the uncontrolled intake of pills or the excessive use of products containing this trace element during the treatment of anemia. Then such symptoms as nausea and vomiting, diarrhea, dizziness, and headache appear.

Proper nutrition is the key

If excluding the hereditary diseases, proper nutrition is a way that helps keep the necessary balance of trace elements in the kid’s organism. It is recommended to properly check the contents of the feeding so it will be easy to create a rational menu. You should also keep in mind that the kid’s energy needs increase with age. To avoid the lack of nutrients, it is important to feed babies with foods rich in iron and other trace elements. For the nutrition to be beneficial, you need to keep track of the following points:

There is a point that cow milk has a large amount of iron essential for kids, however, it is not a good source of iron, because immature babies’ organisms cannot absorb it well. What’s even more, drinking cow milk at an early age leads to iron deficiency.