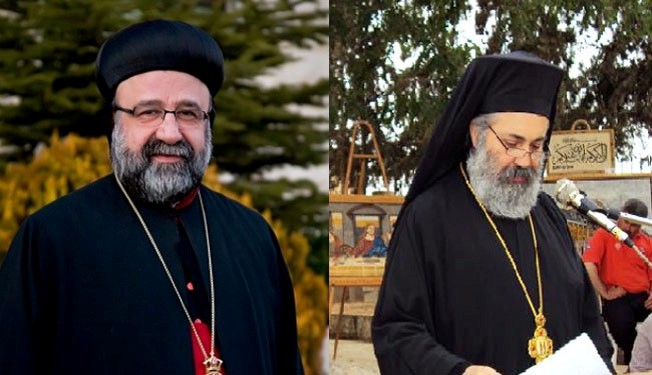 Syrian Orthodox and Greek Orthodox Archbishops of Aleppo, Yohanna Ibrahim and Paul Yazigi who have been kidnapped by militants in Syria are alive and held captive in Turkey, a source close to al-Alam has said.

A source in Aleppo, citing information from a British diplomat, told al-Alam on Sunday that two bishops abducted near Aleppo around four months ago are still alive and kept in Turkish soil.

According to al-Alam, the British diplomat speaking on condition of anonymity received the information from US Representative for Pennsylvania’s 15th congressional district Charlie Dent.

Armed groups affiliated to Istanbul Council and Muslim Brotherhood are holding both bishops in Turkey, the diplomat said.