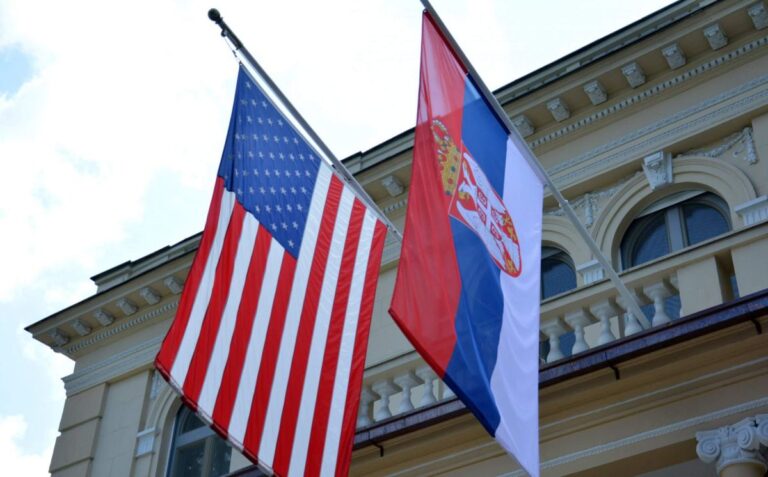 As high school students or a little later in faculty, young girls and boys from the Balkan countries get the opportunity (if they are lucky enough to be selected through various student exchange projects or the famous Green Card Lottery) to spend at least one year in America, living in an American family and attending American high school or working in America as students over the summer. And what many of them catch themselves doing is analyzing the differences in life in the Balkans versus America.

In America, you have acquaintances, colleagues, and friends of all races, nationalities, and different religious beliefs. Of course, many of you in the Balkans already have friends of different nationalities and religions, but it is much more common and pronounced in America. The reason is that America’s population is very heterogeneous and has a lot of immigrants or their descendants.

At school, you will hang out with African Americans, whites, and Asians, and work colleagues will be from Mexico, Indonesia, Colombia, the Philippines, El Salvador, the Balkans, and from different parts of America. But you will enjoy meeting all sorts of people, hanging out with them, and learning about their culture and customs. Because of so much diversity, you will never even feel like a stranger in America. You will not be unique in that you come from another country because many people from all over the world live there, and those who were born in America also have ancestors from another country.

Warnings vs “Figure It Out Yourself” Motto

In America, there are clear warnings and (too) detailed instructions for everything that comes to mind – from product instructions to road signs. Sometimes the instructions are so obvious that they are even funny. E.g. “Do not put pets in the microwave to dry them” or “Do not iron your clothes until you take them off.” There are also many warning signs in potentially dangerous tourist places such as cliffs with a view.

Of course, there are basic instructions in the Balkans as well but the obvious ones are not mentioned. In dangerous places in nature, personal responsibility is counted on and not following instructions. Also, in the Balkans, a detailed instruction or warning is often missing, and then the motto “figure it out yourself” applies.

Travel – In the Country and Overseas

Although people from the Balkans often find flaws in life in that region, there is one big advantage over America. Many European countries are geographically close to Balkan countries and you can go on a brief visit to another country for the weekend or find a cheap arrangement for traveling to many European cities.

In America, traveling overseas requires more money, as well as organization, since there are not that many countries nearby. Also, there are no cheap flights of 20-30 euros like in the Balkans. That is why Americans mostly travel across their country, and they are lucky that it is huge, so they can visit mountains and beaches and cities that are considered world metropolises. Only 42 % of Americans have a passport.

The Habit (Culture) Of Drinking Coffee

In the Balkans, coffee is a special ritual and a form of socialization. Everyone likes to go to a friend for coffee or to sit in a cafe and chat with friends.

Coffee in America is always drunk in a hurry and is often taken away. You will almost never sit down for coffee with friends with a casual conversation that can last for hours. If you want to see friends, you will go to do some activity together or maybe go grab a meal. It will not happen that someone invites you for coffee.

Living in America, you will get the impression that Americans are much more individualistically oriented than people in the Balkans. It seems that everyone is minding their own business and trying to succeed, regardless of what other people say. Several situations will convince you of this.

Nobody feels awkward to report a person who is doing something wrong and there is no fear of what the class or colleagues from work will say. When tests are done at school, no one cheats and helps others but they focus only on their result. That is why it is not strange for students to report someone when they are cheating, which cannot be imagined happening in the Balkans.

Also, it seems to us that it is easier to make friends in the Balkans, even though Americans are ultra-friendly towards people they do not know. However, when you meet fellow students or colleagues in the Balkans, you will often go for coffee or beer and become friends soon after. In America, everyone will be nice and friendly while you are attending lectures or at work but it is hardly likely it will grow into a real friendship. Americans will rather spend time alone, watching favorite TV shows, movies, bet online on well-known bookmakers such as those at Bookmaker-Expert.com, etc.

Another thing you will notice is that Americans generally detach from their families earlier and start living independently, as well as that it would be extremely unusual for a son to stay in the same house with his parents after marriage and raise a family there.

(Not) Wearing Shoes Around the House

We believe that most Balkan people cannot imagine entering a house and not taking off their shoes. It is a habit that is acquired from a young age and we are sure that, if you are from the Balkans, your mother scolded you if you enter the house wearing shoes.

In contrast, many Americans do not have this habit and walk around the house wearing shoes. It will never cease to be strange to you how come it is not uncomfortable for them and why they do not take off shoes as soon as they get home. Therefore, if you want your American friends to take off shoes when they come to you, you usually have to stress that to them because it is not a custom.

Americans rarely carry cash and are used to paying by a card. You can pay for absolutely everything with a card and it is quite uncommon that a place does not accept cards. On the other hand, in the Balkans, it is harder to go out without any cash because there are places that still do not accept cards, such as some service points, local stores, print and copy shops, etc.

Americans even leave a tip over the card. They just write what percentage of the bill they want to leave as a tip and the restaurant deducts that amount from their card.

The main difference between the Balkan and American schools is the classes. In American high school, they do not exist at all, that is, you listen to each subject with a different group of people who have chosen that subject. That is why there is no concept of a class as a small group with which you go through schooling, but also as a community with which you experience all the beautiful moments and sweet torments of schooling.

Another big difference is choosing subjects. In Balkan high schools, you choose the type of school and department, and that is the only choice you make. Americans do not have vocational schools and departments. Students choose which subjects they want to take, even though there are some compulsory ones. Not only the subject is chosen, but also its level.

The third difference – there are many more extracurricular activities and almost all students are involved in at least one activity – be it sports, art, a club for some interest or competitions in some skill. And finally, there are no shifts. Everyone goes to school at the same time, not some in the morning and some in the afternoon.

Americans have an unwritten rule of a distance of 2 feet (60cm) when talking to someone they are not close to or standing next to someone they do not know. On the other hand, there is no such rule in the Balkans and people greet by kissing each other on the cheek and are doing it not only with their closest friends but with all. If you do this in America, many Americans will tell you that they feel uncomfortable. Also, you will get the impression that when waiting in line Americans are keeping some distance, while the Balkan people are standing right behind the person in front of them. Okay, the corona rules changed this a bit…

If we had to describe America in one word, it would be relaxation, in everything – from the way they dress and tidy up through the atmosphere at work to the relationship with the teachers. Everything is much less formal than in the Balkans.

In Balkan schools, you call teachers “Mr.”, “Mrs.”, or “Miss” and address them as teachers, while in America some teachers even ask you to call them by their name. in Balkans, students dress nicely when going to school and girls often put on make-up, while it is not unusual for Americans to come to school in pajamas or slippers and socks.

Living in America, you will get the impression that Americans spend more hours working, and they have very little time left to rest. It is a common situation that someone has two jobs and works double shifts every day.

Even vacations are much shorter than in the Balkans, as well as maternity leave.

In the category of public transport, Europe (in general), not only the Balkans, definitely wins. Public transportation is more frequent, more affordable, and not everyone is expected to own a car.

The situation is the same in the US but only in big cities like New York. For the rest of America, a car is necessary. Public transportation either does not exist or is rare, and taxis are unrealistically expensive, so cars are the only option.

Dining in a restaurant in the Balkans and in America are two completely different experiences. The main difference is the commitment of American waiters to your stay at the restaurant.

As a large part of their salary is a tip that people leave, American waiters try to be as kind as possible and constantly check if you are satisfied with the service and food. The waiters constantly come to your table to pour you more water or refill your drink and to ask you if everything is okay, if you need anything else, and so on. Also, in American restaurants, you will often not only meet one waiter who will take care of your table, but one person will bring you to the table, another will take the order, a third will bring food, and so on. In the Balkans, the procedure of one waiter-one table is more common.

We hope you had fun reading the text and maybe learned something new. Life in America is interesting and different if you are from the Balkans…