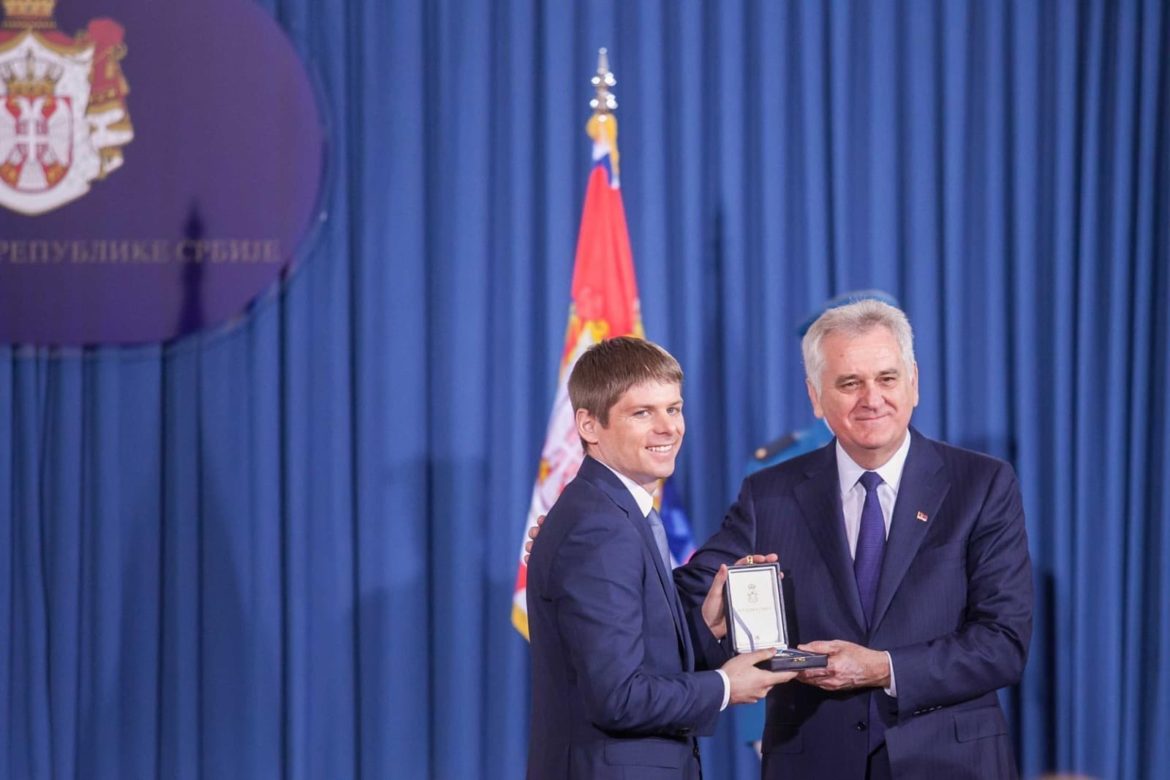 Gouillon told the press on the occasion he is very touched with the ceremony and grateful to the Serbian government, particularly Minister Stefanovic, for having acknowledged his work and desire to become part of the Serbian nation.

I met the Serbian people in difficult times. Now, when clouds over Serbia are breaking, I want to stay with it in that future, which, I am certain, will be a better one. Although there is not a single drop of Serbian blood in me, Serbia runs through my veins, the humanitarian said.

Gouillon comes from Vizille near Grenoble, France. He is the founder of the French humanitarian organization Solidarity for Kosovo and has been engaged in humanitarian work in Kosovo-Metohija for 10 years.

Gouillon is the author of a book dubbed “All My Roads Lead to Serbia.” Married to a Serbian woman, he lives in Belgrade and speaks Serbian.