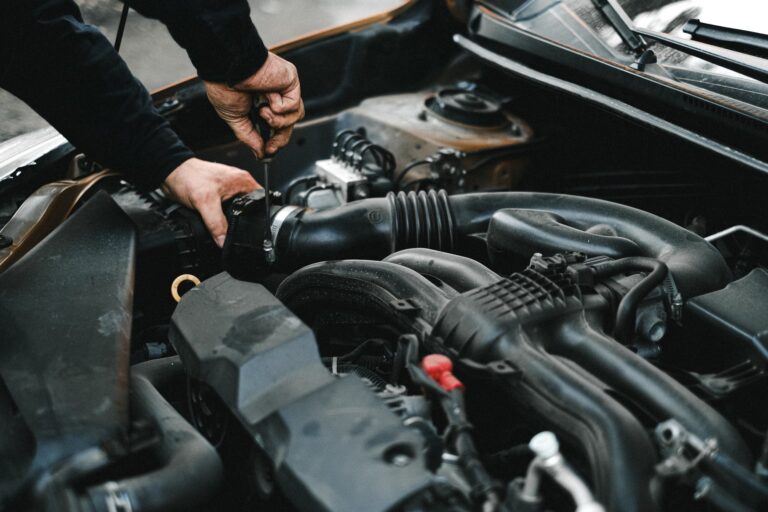 There are situations in life where you think there’s no solution to your problems and it seems like everything is going the way it shouldn’t. One of those situations is having your car broken, for some reason. Even worse than that is when the heart of your car – the engine, fails. If that ever happened to you, you would probably sit and feel desperate thinking that it will mean you have to buy a new car. But what if it’s not the case?

With a little bit of research and an open mind you could solve this problem even faster and cheaper than you think. As for everything in life you just need to be careful, patient, and well-informed. Yes, we’re talking about second hand or used cars. What’s wrong with that? If you’re okay with buying a used car, then you’ll also be able to understand the logic behind choosing the used auto parts. If you’re not, and you’re used to brand new vehicles, then this is a good thing to consider or at least explore.

Deciding to purchase a used car engine may seem like a terrifying idea, but it doesn’t have to be, if you take all the necessary steps and weigh both the pros and cons of a decision like this. While a used engine can be no worse than a new one, it’s also possible to have a much shorter work life, depending on its condition.

That’s why we made a list of pros and cons, to help you determine whether you should go with a used engine, or a completely new car, since the engine is one of the most expensive and certainly the most important components of every vehicle.

PROS OF A USED ENGINE

When discussing used engine solutions, we have to emphasize the fact that not every used engine is a good engine. That being said, you should look for the ones with low mileage, if possible, because the lower the mileage, the better the chances are that they will last and work properly. What’s a good mileage? Somewhere below 50 thousand miles would ideally be something you should go for.

Other than that, you should always try to find complete engines rather than rebuilt ones or reconditioned ones, some components may be missing and that’s another thing you don’t want, if you’re running out of time or you simply don’t need more work than you have to.

The most obvious advantage of the used parts is they are much cheaper than the new ones. Same goes for engines. However, it’s not only about the price, it’s also about the quality. This means that you can buy a used engine of a higher quality or a better brand and it will cost less than an average new one. Only because it’s used, its value depreciates, and you can find really good ones, that are almost as new, with low mileage, tested and with a good warranty. You’ll also have lower insurance and tax expenses.

As long as there’s demand, we will have a continuous manufacture of new engines, other parts and entire vehicles. Modern vehicles are being made not to last, but to get replaced in only a couple of years. This doesn’t sound like an environment-friendly process, right? This is where you can contribute to saving nature, by reusing an engine, therefore saving if from ending in a landfill, polluting the environment. It’s a win-win situation where you get what you need, and at the same time – lower your carbon footprint and raise the awareness of other consumers too.

Despite the fact they’re used, you should consider the fact that used engines often come with small repairs and improvements, and it’s been proven that they work. If you check the engine with your mechanic, and if you buy it from a reputable dealership, then you’re actually buying something that’s been proven to have a trustworthy performance. Tested in real life driving, they won’t let you down since they have more obstruction against the rust and they’re just continuing their work life.

CONS OF A USED ENGINE

On the contrary, some people have numerous reasons for choosing a new engine. Whether it’s about the convenience or a pay-more-get-more attitude, before you purchase a used engine, you certainly need to get informed and be aware of all the cons to be able to make the right decision for yourself and your needs.

Why be careful with a used engine? Or why avoid buying one?

Buying something that’s already been used always comes with certain risks. You have to include the risk percentage in your decision to purchase second-hand car parts and if you’re already purchased it, be aware that during the testing process, you can find out that something’s not working properly. It doesn’t always have to mean that you’ve wasted your money, but it can mean having more expenses and unexpected, hidden costs.

In the worst case scenario, you can buy an engine, just to find out it doesn’t work. This leaves you just where you’ve been at the beginning, but without the money. Still, if you choose wisely, you can spend significantly less money than you would spend on a new one. It all comes to how much you’re ready to invest in this process.

If you choose to go with a rebuilt engine, you have to calculate the cost of installing, and make a plan on how to go with as little money as possible. The total amount of money spent will still not be close to buying a new one but it can be quite high. If you buy a complete one, it will save you some money since your mechanic won’t have to transfer some old components to the engine you’ve just purchased. However, having a car engine replacement would inevitably cost you some money, whether it’s new or used.

You can get scammed in every purchase out there. It’s no different when buying car parts. The importance of wise purchasing and consumer education can’t be emphasized enough. Start with choosing reputable and professional websites and companies and do some research about them, before buying anything. Also, look at the reviews if they have them, and pay close attention to the conditions they provide, including the things covered by a warranty and the lasting of the warranty.

Having a trusted mechanic by your side is maybe the most important component of a successful engine replacement. Not only that, he can guide you throughout the process and help you with any questions you have. Good luck!