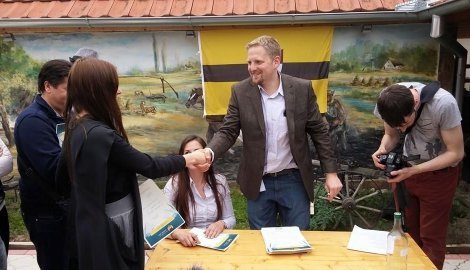 ZAGREB – The president of the self-proclaimed microstate “Liberland” Vit Jedlicka was arrested again on Saturday afternoon, this time in the company of ten people, Liberland announced on its official website.

The expedition’s two boats registered in Serbia tried to come to the territory which is considered to be Liberland, but before landing they were detained by Croatian police, according to Liberland website. They note that among those detained was also a Croatian television reporter, reports Jutarnji.hr.

It is claimed that “Liberland’s international legal team” is engaged in resolving this unfortunate situation.

Jedlicka was also arrested last weekend when he was punished with a fine.