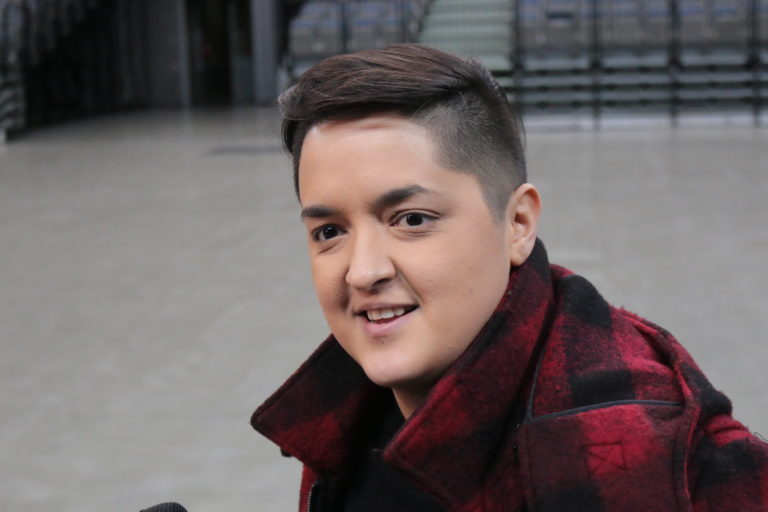 Marija Serifovic publicly admitted she is a lesbian. Po singer, in front of a packed Sava Center, premiered her film “Confession”, in which she talked about the raunchy details of her private life, about her sexual orientation, but also how her father has beaten her mother, Verica Serifovic, for years.

“I’ve never known how to lose! I always broken everything and won only for myself,” said Marija before the premiere of the film to everyone who came to support her.

The singer revealed in her movie that she is a lesbian and that it is a wonderful feeling for her.

“I am a lesbian! I have been with a girl and it is a wonderful feeling. I know you all came here for this question. I can tell you that it is great to have a relationship with someone whose beard does not poke you,” said Marija and added that she has often been cheated in emotional relationships.

The audience was quite shaken by the story of the singer’s father, beside whom Marija did not have the most wonderful childhood.

“My father was a gambler and it costed us a lot. He had no boundaries in drinking, and when my mother was nine months pregnant, he left her and went to another woman, with whom he has Danijel. I can forget, but I can never forgive him for tearing up our family,” said Marija.

In the film “Confession” also spoke Marija’s mother. She spoke of how her husband beat her while they were together.

“There were moments when my husband Rajko beat me so much that I would run into the street, covered in bruises and call the police,” said Verica.