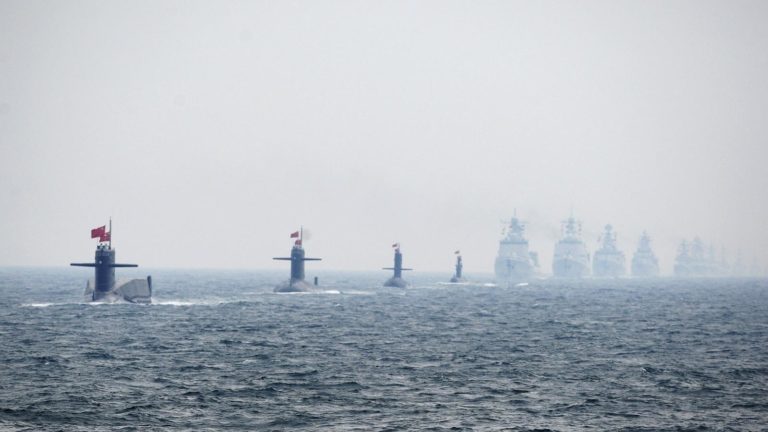 India and Japan plan to install an underwater wall of microphones in the Indian Ocean to track movements of the Chinese submarines.

Abhijit Singh, a former officer of the Indian Navy who heads New Delhi-based think-tank Maritime Security Initiative at Observer Research Foundation (ORF), has said that India and Japan are ready to take their diplomatic war with China from surface to the sea. He also said that the main aim of the proposed move was to counter China’s “expansionist” policy in the Indian Ocean Region (IOR).

Speaking at a press conference in the Indian capital over the weekend, Singh stressed that Indian and Japanese scientists would soon place microphones with sensors on the seabed between the southern part of India and the northern tip of Indonesia. According to the ORF chief, the hydrophones, having the ability to track submarine movements, can record and listen to underwater sounds.

Singh told the press: “I know that there were some talks that were held in the past when I was in service until four months ago. The Japanese have years of experience operating these hydrophones and the plan is, reportedly, to set them up between the Indira Point (India’s southern-most point) up to the tip of Sumatra in Indonesia.” The region is strategically very important for India, as it is a virtual plugging of the Malacca Strait-Indian Ocean route. However, the Indian Defence Ministry has made no comments on this plan.

With the IOR becoming a theatre of complex strategic maneuvers between global powers, the Narendra Modi government in New Delhi has decided to strengthen engagement with the Indian Ocean Littoral to counter China’s “String of Pearls” network project. The String of Pearls is basically a geopolitical theory regarding potential Chinese intentions in the IOR. It refers to the network of Chinese military and commercial facilities and relationships along its sea lines of communication that extend from the Chinese mainland to Port Sudan.

Japan and the US have backed India’s plan, as these two countries have taken an enormous interest in the region. New Delhi, Tokyo and Washington announced a joint strategic vision to strengthen the security in the IOR in January 2015. They also put pressure on China by conducting a joint naval drill in South China Sea, a strategically vital and oil-rich 3,500,000sqkm body of water. The joint vision statement said: “Regional prosperity depends on security. We affirm the importance of safeguarding maritime security and ensuring freedom of navigation and over-flight throughout the region, especially in the South China Sea.”

Before India and Japan, it was China that had planned to construct its own “Great Wall” under the South China Sea through which 30% of the world’s trade passes. The Chinese Navy has also increased its activities in the South China Sea and elsewhere in IOR in recent times. On June 15, the Indian and Japanese media reported that a Chinese naval spy ship tailed two Indian warships during the trilateral naval exercise between India, Japan and the US in Japanese territorial waters.

As India and Japan join hands to counter Chinese aggression together in the IOR, diplomats believe that the strategic war between the three Asian powers will soon take a new turn and change the geopolitics of the largest continent of the world (both by area and population).