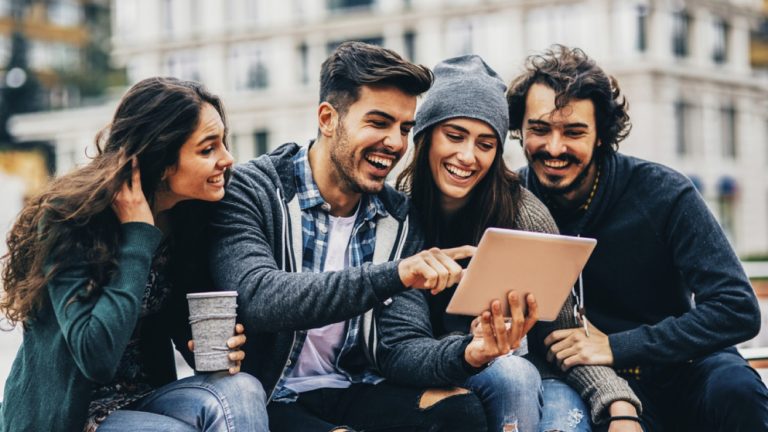 He or she is twenty or something, uses new technologies, constantly changes jobs, doesn’t plan marriage before the age of thirty, loves making “selfies”, and meeting people online. Meet the “millennials”. Technically speaking, “millennials” are a generation of people born from the early 1980s to the early 2000s. They exhibit some completely specific traits comparing to the previous, ‘X-generation’, as well as to the one before – the ‘baby boom’ generation.

Who Are The Millennials?

Millennials are bringing new energy to the world. They are erasing boundaries and making new rules in communication and business. If you haven’t noticed, the world is changing at dizzying speed. These young people are completely changing the way business is conducted. Among them, there are many nomads, freelancers, influencers, etc. … In one word, those whose occupations people wouldn’t have been able to understand twenty years ago. Many of them have made a great business and found their place on the list of the most successful young entrepreneurs in the world. Their impact can be measured globally.

One of the most famous members of this generation serves almost as a holy example. Her name is Malala and she is famous worldwide. Pakistani girl Malala Jusafzai is an activist who advocated for the right to education and has survived the onslaught of the Taliban. She became rich in less than four years because of the large book sales as well as speaking appearances around the world.

She is also, the youngest person to receive the Nobel Prize, and became famous after fighting for girls’ rights and surviving an attempted school bus attack in Pakistan in 2012. She was treated in the UK, where she still lives, and there is a huge demand in the world today for her speeches, which she charges $ 152,000.

Is there anyone on this planet that haven’t heard of Mark Zuckerberg? This famous millennial created the most powerful social media ever – Facebook. His “weight” is estimated in a few billion dollars. His planetary impact is unbelievable. Yet, he is socially aware and spent large sums supporting health care, cure diseases, and education.

Young people like Akhil Turai, famous Indian entrepreneur, engineer and rocket scientist – have an incredible impact on the public. At this very moment, Akhil is working on two major projects in the space engineering industry. They are about to start in 2023. He is one of those who support the theory that you can manage both – having a demanding job and enjoy life as well. He travels a lot and is well-known as an animal lover. He said he did not want to send the wrong message to young people. On the contrary, he wanted them to pay more attention to what he does than to luxury that surrounds him.

Sam Altman, is the president of Y Combinator. This is the largest start-up in Silicon Valley. Altman is a visionary who had managed to lay out his idea on technology power in the future. For the past few years, he is more active in political commenting and fighting against climate changes.

Millennials Are Changing The World

Sometimes the reputation that Generation Y has among “adults” is that they are lazy, cheeky, spoiled, selfish, and narcissistic. It is that most negative extreme that can be occupied. But the fact is that their principles and the way they deal with life are making changes to how we all experience business and life in general. This was also due to the technology, and it’s widespread presence. It is only natural that this generation has emerged to readily welcome it. And truth be told, the world deserves to be changed. This generation, like any other before, does that, but on its principles.