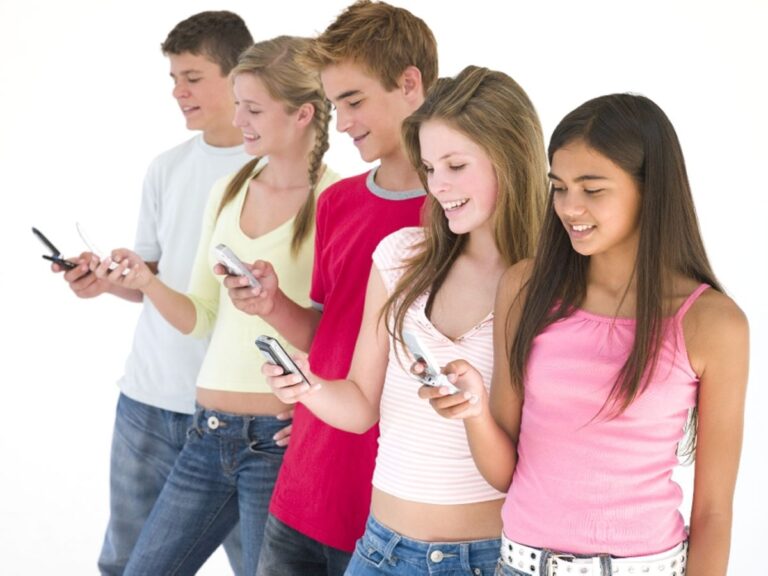 Smartphones have become an extension of us, and it is impossible to imagine life without phones. It assists in every sphere of our lives and it is impossible to imagine every day to go when you are not using it. You are an adult and you can and know how to act safely on the web and while using the phone, teenagers and kids are prone to be fooled and get tricked in leaving personal data and share into with people they should not. Many parents have an internal conflict when it comes to the time when the phone should be given.

Is it up to the parent?

Many will say that the decision is only yours and that the parent needs to decide when the phone should be given to their child. Some may be pressured into this decision and give the smartphone to their child before they are ready to have it. Having a device like this is a great responsibility for the child as well as for the parent who has given it to.

Other parents will do the research and see what the experts say, while others will be driven by the fact that most of their friends possess this device, even if they think it is too soon. In addition to this, some parents will have an internal conflict due to the fact that now they can track their kid, see where they are at and get in contact with them at all times, while they will be scared from all the negative things that lure on the internet and always think about what can happen.

The point is that, yes, it is up to a parent to make a cut and say Yes or No, but the answer should always be explained to the teenager and seen into all the facts before finalizing it.

Is your child ready?

This is very important due to the fact that some are more mature and some less as they are growing older. Before considering giving the phone to the kid, be sure to have a talk with them and see into what the phone will and should be used for. The main thing is to have the talk about safety and point out the facts to the kid. This means that social networks can be allowed but your child should know what can be found on those and how to protect their identity online.

Secondly, you should talk to the kid about where and when the device is ought to be used. This means that you should be sure that the kid will not use it during lessons, in school, or while walking down the street, especially with the headphones and blasting music since it will prevent them to be aware of their surroundings and can get into danger.

It is essential to talk about responsible usage of the phone meaning that it will be used to contact others when needed and get in touch with parents and friends and not to be misused for bullying in any kind.

What do scientists say?

Many studies have been conducted in order to see into the right age for teenagers to be trusted with a smartphone. One statistical check of phone usage had devastating data that the teenagers use phones for around seventy percent of their day, leading to a decrease in the vocabulary and slowing the development of it. In addition, we have kids that are around ten years old that are using these devices as a toy and leave a very big footprint on the internet. Recommendations of the scientist are that in early teens the kids need to be at least fourteen years old since at this time they are capable of comprehending the positive and negative sides of the usage of this device and as well recognize possible frauds and danger.

What can you do to increase safety?

If and when you decide to give the device o your kid, be sure that the one is familiar with all safety issues that may occur.

Having the talk with the child is essential before handing the device if you want to be sure that they will remain safe during the usage of it. This means that they should be comfortable enough to tell you if there are any issues and are concerned about their safety.

In addition to this there are many apps that may be installed in order to limit the device’s options in order to protect the child. Many phones have an option where parents may turn on the kids more and prevent them from accessing potentially dangerous websites and from downloading third-party apps.

You can also, turn on a location sharing on the device and see where the kid is, at all times. This can be a very smart thing to do if you want to have peace of mind when they are out. In addition to this, there are apps that will run in the background allowing you to track every step of the child and know they are safe. One of the best is spy phone which allows GPS tracking, look into the contacts, and more.

In addition to all of this, it is good to limit screen time and agree with the kid about the times during the day when the phone is allow to be used and for how long. The statistics are devastating when you look at the usage and average screen time of teenagers with phones mainly they are using social network apps. Hence, it is essential to limit this; as well it is smart to educate the teen when is the proper time to use the device and when not.

We hope that we have helped you with deciding when and how to give your teenager a smartphone. As long as you have had a talk with the kid and explained all pros and cons of usage and possession of the device. Having the kids safe is essential and it is good to have some kind of control of the content your kid is seeing on the web. In addition, there are apps that will help you locate it which is important to many parents.