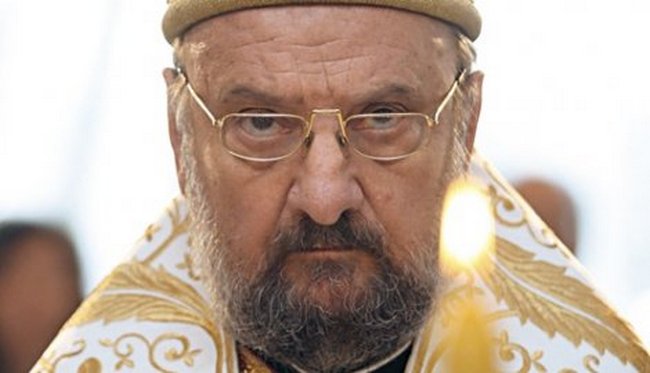 BELGRADE – After various media started reporting about Serbian priest in Bosnia has allegedly abused minors, and even some of them got killed in the attempt to hide it, Serbia was deeply shaken. This was not the first time an Orthodox Church Priest gets accused for such a vicious crime.

Bishop Vasilije Kacavenda, or episkop zvorničko-tuzlanski, which is his original title, has become known as child molester judging by testimonials from his alleged victims and their parents. But there is no concrete evidence, such as photos or videos.

After the Synod of the Serbian Orthodox Church heard about the unfortunate news, they decided to “punish” Kacavenda by retiring him. The decision came after careful consideration of available information. Kacavenda was retired, but allowed to keep his rank. However, the bishop hopes that this is just temporary decision, that all the charges will be dropped and he would be reinstated.

Another problem comes from the fact that Kacavenda is known as a bishop who has furniture painted in gold, and a home that looks like a palace.

Kačavenda was accused of multiple homosexual activities with minors. Serbian media also accused him of having sex with four young boys, claimed that it can be seen on the video (scroll down), and also that Serbian Orthodox Church is in the possession of this and maybe other videos, but it is not available for the public. Serbian Orthodox Church representatives have neither confirmed nor denied this claim.

Media also speculated that on the video – Kacavenda is with four young boys, that they are having multiple sexual activities all together and at the end they are showering together. In the same video can (allegedly) be heard that Kacavenda speaks of how pleased he is after the sexual intercourse. But, since there is no official confirmation about the video existing or even its content, these can be also considered as speculations. Media also speculated that there are about 40 cases of his abuse of minors, but that everybody is silent because he is paying the potential witnesses to keep their mouth shut, and the alleged sum goes up to even EUR 25,000 ($33,000).

What is most awkward with the whole story is another crime Serbian media connected with Kacavenda. In 1999., young priest Milic Bozanovic killed himself with a bomb in his room. According to media reports, police declared suicide and the case was closed. On the next day, the room was cleaned and painted. However, his mother said in an interview that “he didn’t kill himself, he was killed because he said “NO” to bishop Kacavenda.” In her own words, Milic suffered large pressure from Kacavenda. She also said that her son told her, at the time, that one night the bishop got drunk, gave him the keys to his room to tidy it up. The boy avoided it and few days later he was found dead.

The whole story seems a bit stretched, and Milic’s mother also claimed that one of the priests who knew her son, told her that Milic was acting normally the day before the suicide, and also on the day he died, and that nothing implied he would do such a thing. After she spoke to him, she also claimed that the priest got transferred to Serbia because of talking to her. Again, speculations.

But the story gets more intriguing, because few years after Milic committed suicide (or was killed according to his mother and media) his uncle was found dead near city Mostar. Strange thing about his death that stayed remembered by witnesses who were with him that night, is that he was complaining in a pub that his nephew was killed because of Kacavenda. Coincidence or not? One could wonder if priests go around carrying bombs or Bibles in their suitcases.

Lawyer Dusko Tomić, who is running the case of Bozanovic, is embittered by the way of how did the police conducted the investigation. According to him, investigation was sloppy.

Another young man, Bojan Jovanovic, an ex-priest, who decided to expose Kacavenda, also believes that Bozanović was killed and that he didn’t commit suicide. He also said that he had a close sexual encounter with Kacavenda, and that he is writing a book in which he will completely expose sexual activities of the bishop. He also said that Kacavenda kissed his neck, tried to rape him and eventually wanted  to see his body, because ”he wanted to know which crucifixion to buy him”. Luckily for Jovanovic, right in that moment the noise of someone entering the room was heard and he managed to get away. Later, he decided to run away from Kacavenda.

When one hears of this,you simply cannot not to remember the rest of the priests who became “notorious” in Serbia, such as Branislav Peranović, who ran the centre for detoxification ”Crna reka’ ( the priest was accused for heavy beating and torture of one of the boys who eventually died from injuries), and bishop Pahomije (accused for pedophilia, but was not prosecuted, due to obsolescence of the crime).

I consider myself a believer and I also believe that priests should be modest, good persons, full of virtues, so that people can look up to them. The good shepherds should keep their flock, not abuse it.

What will happen to all of the mentioned priests is still to be seen, and it stays unclear whether the Church (As priests represent the Church) will go as far as to commit one of the 10 sins – to kill someone in order to protect one of their own, or are these just media speculations, since, in case of Kacavenda, no concrete evidence have surfaced.

The only thing that appeared is a video posted on youtube, where allegedly Kacavenda is cuddling and kissing with a boy. However, the quality of the video is bad so it is a question that has to be asked, is the man on the video really Kacavenda or is it just attempt to draw attention and publicity.