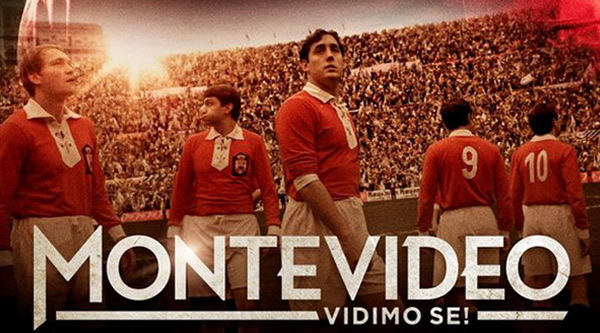 BELGRADE – See You in Montevideo, directed by Dragan Bjelogrlic, is Serbia’s nominee for the 2014 Academy Award for Best Foreign Language Film.

Members of the Expert Committee of the Serbian Academy of Film Arts and Sciences voted on Monday to nominate the film, the institution’s Secretary-General Mirko Beokovic said. See You in Montevideo received nine votes, while Slobodan Skerlic’s So Hot Was the Cannon had seven. Dragan Bjelogrlic is a famous Serbian actor, and the screenplay of See You in Montevideo, written by Ranko Bozic and Dimitrije Vojnov, is based on an eponymous book by sports journalist Vladimir Stankovic. The main cast includes Milos Bikovic, Petar Strugar, Predrag Vasic, Vojin Cetkovic, Nikola Djuricko, Branko Djuric, famous US actor Armand Assante and Spanish actress Elena Martinez. Bjelogrlic told Tanjug that he was optimistic about the jury’s decision since the film has had excellent reception in Serbia – where it attracted more than 600,000 cinema-goers – as well as in the region. The campaign for the next Academy Awards “coincides with a series of foreign festivals to which See You in Montevideo has been invited for next season, and this will be a good way to promote the film internationally,” Bjelogrlic said. See You in Montevideo is a film about the historic success achieved by the Kingdom of Yugoslavia national soccer team at the 1930 World Cup in Uruguay. The Yugoslav team at the time comprised exclusively of Serbian players. Montevideo, God Bless You, the first part of Bjelogrlic’s romantic soccer saga, was a record-breaking blockbuster in Serbia, winning several awards and becoming Serbia’s Oscar nominee for 2011. Its sequel, See You in Montevideo, was pre-screened in Gracanica – a Serb enclave in Kosovo-Metohija – on January 14, premiering on the following day at Belgrade’s Sava Centre, where the cast were given a standing ovation. The 87th Academy Awards ceremony is slated for February 2015.