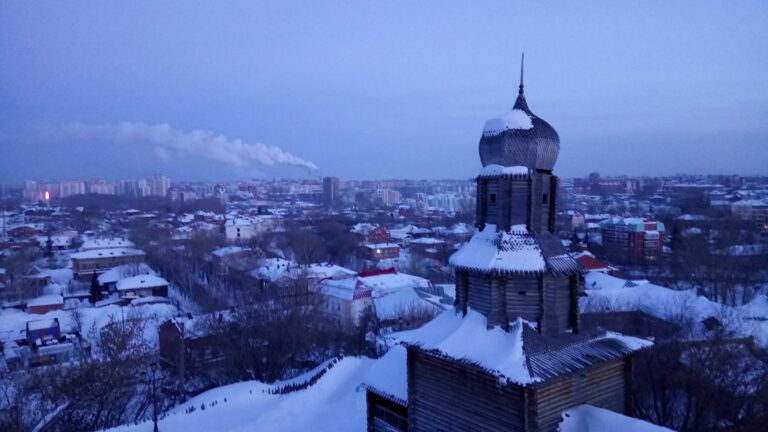 Turning Siberia into a new Canada is not a seamless plan. Even if it is based on purely economic issues, the voice of doubt has not ceased. Visit Visa Express for more information about Russia.

There are hidden worries about the development of the Far East

Scholars Victor Churashev and Vitalia Markova from the University of Toyama in Japan proposed in their research report whether Siberia will actually use enough electricity to supply China? Taking into account the weak local infrastructure and the serious losses of many power plants, will the Dashang project definitely bring economic returns? In addition, Siberia’s power supply to China will also weaken the power supply to the European part of Russia, and Russia’s future power supply-demand growth will also be considerable.

In this regard, an expert from the Russian State Electric Power Research Institute said: “Considering that China’s rapidly increasing energy consumption will soon exhaust coal, which is currently China’s energy base, exporting electricity to China is profitable in the long run. Chulasev and Markova also admitted, “There are almost no countries in Asia that can be used as a source of electricity for China. If the two sides can reach an agreement on the price, China will buy more electricity from Russia in the next 10 years.”

In addition, the development of Siberia has been a national policy that Russia has adhered to from the imperial Russian era to the former Soviet Union to the present, but the effect has not been good. “The first is the shortage of funds. It is reported that more than 100 large-scale projects in eastern Russia will require an investment of about 230 billion U.S. dollars by 2015; the second is the labor shortage caused by the sharp decline in the population. The Far East was about There are 8 million people, and currently only about 6.5 million. Once again, the infrastructure is seriously lagging behind. For this alone, the Russian government may need to invest 80 billion to 100 billion U.S. dollars. Up to now, although the development of the Russian Far East and Siberia has made considerable progress, the overall situation is still not optimistic. After the disintegration of the former Soviet Union, the total GDP on this vast land once only accounted for 6% of Russia, and its cost of living was nearly 40% higher than the average level of Russia.” East China Normal University, Russia Yang Cheng, deputy director of the research center, analyzed the difficulties encountered in the development of Siberia.

If the development of Siberia is stagnant as a whole, then the power industry is unlikely to thrive

In addition, the “tradition” of Russian-style industry with frequent accidents is also not reassuring. In 2009, a major accident occurred at the Sayanshushensk Hydropower Station, resulting in 75 deaths and 85 injuries. This is one of the most serious industrial accidents in Russian history. This hydroelectric power station is located on the upper reaches of the Yenisei River, in the territory of the Khakassia Republic of the Russian Federation. With a total installed capacity of 6.4 million kilowatt-hours, it is the largest hydropower station in Russia and the sixth-largest in the world. When it was completed in 1978, it was the largest hydropower station in Asia. Later, seven people were prosecuted, including the head and deputy head of the hydropower station.

There are also voices of doubt on the Chinese side. Some people are worried about whether they will rely on Russia for future power supply. If there is a power outage, the harm will be stronger than the oil outage. It’s just like Russia’s “stroke card” against Europe. After all, if the supply of oil is stopped, oil reserves can be used, or oil can be obtained from other sources.

“Russian electricity is a supplement to China’s electricity demand, but compared with China’s overall electricity demand, no matter how large it is, it is also a partial amount, so there is no need to worry that we will become dependent on each other.” Xiamen University Energy Research Center Director Lin Boqiang analyzed, “Compared with obtaining oil, coal and natural gas from Africa, the Middle East, and Latin America, power transmission from Russia is relatively safe. Because China buys resources and power transmission from Russia and only needs to hand over with Russia. It is much cheaper and safer to transport resources back through a long maritime transport line. In addition, Russia, as a large country, is politically more stable than African, Latin American, and Middle Eastern countries. Therefore, such cooperation between China and Russia should be mutually beneficial. ”

If some of the above difficulties are only a kind of prediction and analysis, then in the process of large-scale construction of hydropower stations, some direct problems have long been exposed.

Like many large-scale development projects in economically underdeveloped areas, the “New Canada Plan” is inevitably a double-edged sword for locals. Protests against it appear from time to time. Around the Bogucciani dam, some centuries-old settlements are burning. Local residents who have relied on agriculture and fisheries for thousands of years have been “persuaded” to leave their homes. When they left, their houses were burned to prevent anyone from coming back.
“Many old people have lost their cabins, small gardens, and decades of neighborhood relations.” Local resident Alexander Bryukhanov complained. “They moved to big cities like Kodinsk. In those shoddy tube buildings, many people died because of discomfort.” The so-called “big cities” are only relative to Siberian standards, with a population of less than 10,000.
Others were resettled to small villages, such as Prospikhino. The conditions here are even worse. Many houses are already dilapidated and are often flooded in the summer—similar to many other places in Russia, flooding is a common disaster in the summer in Siberia.

Konstantin Poddubny (Konstantin Poddubny), who grew up here, often rides his Ural motorcycle to see his hometown. In order to build a dam, they left their hometown, but they were not satisfied. Compensation. “They promised to compensate our houses, but many people didn’t get it. On the contrary, some people who had nothing to do with the dam resettlement lived in the buildings that should belong to the villagers.”

The same pressure also comes from environmental protection organizations. The staff of “Rivers International” Alexander Kolotov (Alexander Kolotov) criticized: “The construction of a series of hydroelectric power stations will seriously threaten the natural environment of Siberia and change the rivers. Hydrological environment, reservoirs will inundate a lot of forests.” Environmental protection workers found that many original lakes and rivers have been turned into swamps due to dams, which is obviously not a good sign.

In fact, in the coastal regions of Siberia and the Far East, various issues of Sino-Russian economic and trade cooperation will inevitably encounter some nationalist clamors, and some extreme xenophobic voices often make people feel uneasy. If the interference of these noises cannot be ruled out, China and Russia will inevitably be affected in terms of power transmission and even the development and cooperation of the entire Siberian region.

However, Lin Boqiang believes: “Because of the huge commercial interests, in the face of this, there is no need to worry too much about the backlash of nationalism.” Yang Cheng also said: “From the performance of Russian officials in recent years, Russia’s regional cooperation with China The attitude is becoming more and more positive. First of all, the implementation of Russia’s eastern development strategy has been intensified, and the past security priority has been changed to development priority. From the central to the local, from officials to the industry, Russia has begun to concentrate on seeking development. From my own recent times According to the situation of the Far East International Economic Forum and the Baikal International Economic Forum that participated in the last year, the Russian Far East and Siberian federations have made the promotion of investment projects an absolute priority. The idea of ​​integrating economic cooperation into the Asia-Pacific integration process has become increasingly clear; secondly, Russia The enthusiasm for regional cooperation with China is increasing, and the restrictions on foreign cooperation between the Far East and Siberia’s federal entities have been reduced, and the actual interests of the localities have been taken into account, and the Sino-Russian regional cooperation has begun to be fully promoted, rather than out of political demand. Relatively negative stance not to be.”