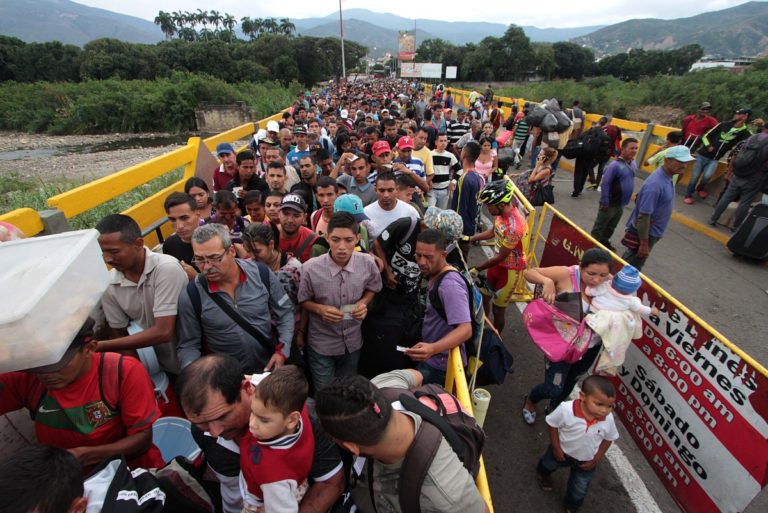 SÃO PAULO, Brazil – With over two million Syrians displaced during the brutal civil war that has raged throughout the Middle Eastern country, along with over four million internally displaced, some of the country’s refugees are finding solace in South America.

With almost half a million Syrians fleeing to Turkey alone, along with hundreds of thousands of others dispersed throughout the region, Syrians have recently begun repeating something their ancestors did in the millions decades ago when their country was still a part of the Ottoman Empire.

South America received millions of Syrian immigrants, many of them religious minorites back in their homelands (Orthodox Christians, Catholics, and much smaller numbers of Shiites, Alawites, and Druze), mainly starting in the late 1800s and leveling off in the years following the collapse of the Ottoman Empire. Immigration to South America picked up again intermittently, coinciding with major civil wars and other conflicts in the Middle East. Many were dubbed “Turcos,” or Turks, because of their Ottoman immigration identification, and it is very common for Latin Americans with Arab ancestry to be given the nickname “El Turco” affectionately.

Brazil is thought to have the largest Syrian population in South America, with approximately seven million people claiming at least partial Syrian ancestry. Argentina is next, with over three-and-a-half million (including former president Carlos Menem), while Venezuela and Colombia each boast a Syrian population that nears half a million. Smaller numbers of Syrian immigrants and descendants are found throughout the continent.

So far, Argentina has attempted to organize a movement to welcome Syrian refugees seeking asylum in the country following a sharp uptick in demand at the Argentinian embassy in Damascus. Meanwhile, Colombia and Brazil have welcomed every single Syrian refugee that has requested entry, but both nations have had trouble keeping tabs on exactly how many individuals have entered their borders. Furthermore, authorities conclude that the number of Syrian entrants into South America is much higher than any official figures due to the fact that many Syrians were welcomed by family members rather than official immigration officials.

Across the continent, government agencies, religious charities and Syrian organizations have joined the cause to help their new countrymen adapt to their new lives. Language classes, temporary housing and help in finding jobs have been provided by these groups, which include the Syrian Orthodox Church of Brazil and Argentina.

The United Nations High Commission for Refugees, or the UNHCR, has welcomed the Latin American nations’ willingness to accept those displaced by the conflict. The catastrophic human effect that the war has had on Syrians was dubbed by the UN as a “humanitarian disaster” and “the great tragedy of this century.” Nearly 6,000 people are fleeing Syria every day, and with many of the country’s neighbors already stretched beyond their limits in welcoming more refugees, Latin America has provided a lifeline for many looking to escape the horrific violence.