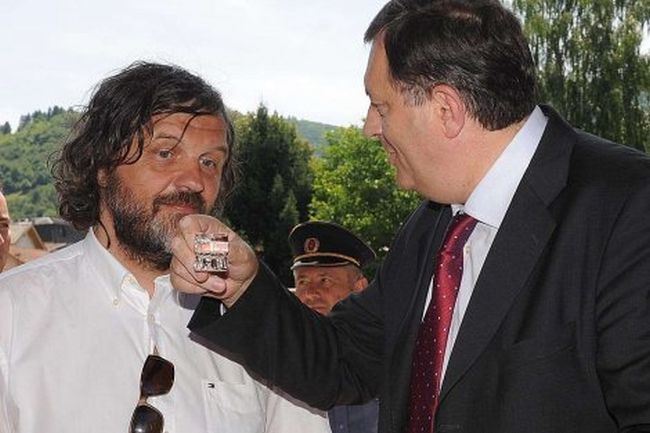 The Holy Synod of the Serbian Orthodox Church (SPC) has awarded President of the Republika Srpska Milorad Dodik and director Emir Kusturica with the Order of the St King Milutin.  Patriarch Irinej said that the Order was awarded to Dodik and Kusturica at the proposal of Bishop of Zahumlje-Herzegovina and Coast, Grigorije. According to him, Dodik was awarded for “active love for the Holy Mother Church, especially demonstrated through his selfless work” during the construction of the Church of Saint Prince Lazar and Kosovo Martyrs in Andricgrad. Kusturica was awarded for “his long testimony of traditional values, especially shown through the construction of the temples on Mokra Gora and in Andricgrad”. In Andricgrad is today marked the 100th anniversary since the beginning of World War I. Also, Vidovdan (St. Vitus day) is celebrated, the patron saint of the Army of the Republika Srpska.