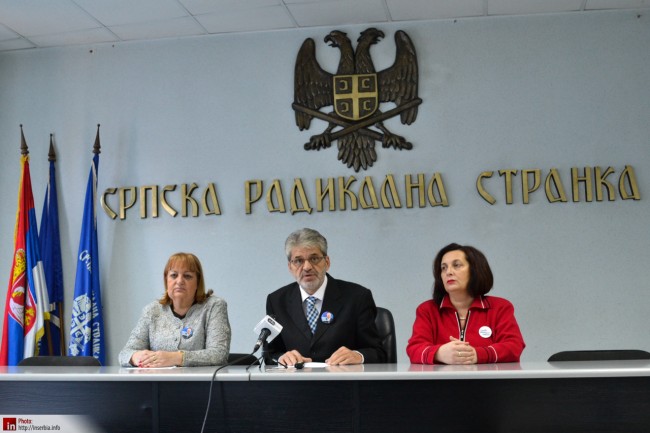 BELGRADE – At an extraordinary press conference, held by Serbian Radical Party (SRS) at the party’s headquarters in Zemun, Vice President of SRS Zoran Krasic published the latest information regarding the health status of party leader Vojislav Seselj, who has been in the custody of the ICTY since February 24th 2003.

On December 19 Seselj underwent surgery in the Netherlands in which tumor in the colon was removed. During the surgery part of his colon was removed, and it was also determined that the lymph nodes in the region are enlarged, so they were also removed.

The results of the analysis of removed lymph nodes came on Friday and Vojislav Seselj was informed that metastasis is diagnosed and that now the process of treatment with chemotherapy follows, said Krasic.

“Chemotherapy should last 4 to 6 months, Seselj will be informed on Monday on the type of chemotherapy that will be applied,” said Krasic.