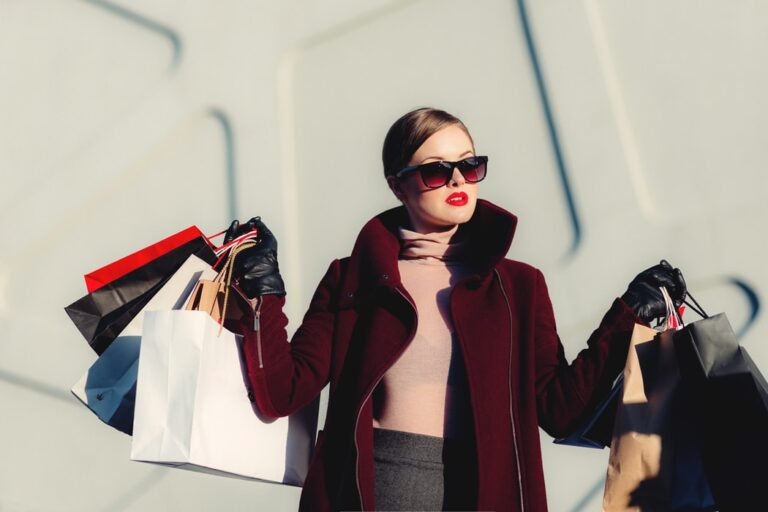 This is probably one of the weird facts you have heard, but believe it or not, the lipstick you regularly use contains some amount of fish scales. The glow from the fish scales is one of your lipstick’s primary ingredients and for your makeup. Its crystallized and pearl-look effect makes your lipstick absolutely gleaming.

There Is A Particular Headband That Tracks Your Sleep

Have some trouble sleeping? This one of the unbelievable facts that will surely regulate your sleeping pattern. Believe it or not, there is a particularly advanced headband that can correctly track your sleep. It can also determine your breathing pattern and heart rate. Its built-in sound system also helps you have a deeper sleep.

Wearing Hats Was Used To Be A Law

The Virgin Queen, Elizabeth I of England was too obsessed with hats to the extreme that she made a public law out from it. Every female aged seven years old and older had to wear hats during Sundays and holidays.

Gloves Were Considered As A Symbol Of High Position

Since ancient times, gloves were one of their first accessories, and when someone wore it, they belonged to the upper class. A pair of gloves was usually owned by Pharaohs in ancient Egypt, indicating their title.

Belts Can Enhance Your Sweet Spot

Belts can do a lot more with your body figure just by finding your sweetest spot. It can be found above your waistline or just above your hips; belts can further furnish your everyday look, especially when you pair it with a suited pair of pants.

Belts Can Define Your Waistline

There is another thing that helps you define your body figure, and that is through pairing your shape with a contrasting color of the belt. A different color can perfectly define your waistline, and it will surely captivate anyone’s attention.

Earrings Can Enhance  Your Skin Tones And Your Eye Color

Did you know that the pair of earrings you have on your accessories collection can significantly enhance your skin tone as well as your eye color? Thus, choose a pair of earrings that will match your skin and eye colors. For sure, you will stand from the rest of the crowd with confidence and boldness.

We already know the power of our pair of high heels. Aside from giving power and confidence to women, you will definitely look taller when you wear them. Did you know that you can look taller than what you have expected when it shows more of your skin? Well, perhaps this is the perfect time to change some things in your closet and go for open heel sandals.

Not just an ordinary pair of gloves, but upper classes from European countries wore scented pairs. Gloves were commonly mentioned during the early period. They are mostly decorated with aesthetic embroidery and usually perfumed.

Prince Felipe Was Totally In Love With Gloves

Most of us now are fond of collecting earrings, necklaces, sandals, or watches, but how about a pair of gloves? Charles III of Spain had a son named Prince Felipe. The prince was madly in love with gloves to the extreme that he had to wear 16 pairs of gloves every time.

The Lacoste Crocodile Is The World’s First Designer Logo

You may encounter the Lacoste crocodile logo wherever you go, as it is one of the most renowned brands in the fashion industry. This French company symbol was first created in 1933 and regarded as the world’s first invented logo.

Napoleon Invented The Buttons On Sleeves

Napoleon, a military leader during the French Revolution, was unexpectedly the person who became connected with the world of fashion. Napoleon noticed that his soldiers kept on rubbing their noses off through their clothes. This was when he came up with an idea, and the buttons were born.

Women Can Buy A Total of 145 Bags In Their Lifetime

Aside from clothes, sandals, watches, and hats, did you know that a woman is too fond of buying several bags? Experts approximated that women can purchase 145 bags throughout their lifetime. Perhaps, you can be one of them.

Nowadays, a safety pin serves for specific purposes, but before, Hunt was unaware of its essence. Similar to his other inventions, Walter Hunt, an American mechanic, did not realize the importance of a single safety pin.

We commonly use the term retro when referring to our old items. But actually, retros are not old items. When you say “retro,” you are referring to a specific style that copies vintage items. Now that you know the truth, this is the right time to make some adjustments with your Instagram caption.

Grabatologist: A Person Who Is Fond Of Collecting Ties

Some people are too fond of collecting various ties, and they are known as grabatologists. They usually collect British, American, Bola, or silk ties for their everyday fashion style.  Most of them save a significant amount of money to fulfill their desired fashion.

H.J. Cave & Sons Was The First Designer of Handbag

You are probably wearing different handbags every day, but did you know who its first creator was? H.J. Cave & Sons, a U.S. based luxury industry, is the first every designer of thousands of handbags you commonly use. Until today, they are known as one of the leading luxury companies producing good quality products.

They can be weird, but they are absolutely true. Sometimes, it’s good to know some historical facts about the accessories you are wearing. Not just merely wearing it. Those facts may lead us to treasure more the belongings we have in the closet. Read, believe, and share, and you can be more like a fashion enthusiast.