If you live in countries like the United States, where about 84% of its residents use some kind of air conditioning, you probably would have gotten yourself to ask some questions like what is an HVAC system, and how does it work? It’s fine; you are not alone if that is the case.

You will learn many things about the HVAC system in this article, ranging from the concept of the industry to its components.

The automatic regulation of the atmosphere has played an essential role in human life. With it, people have lived more comfortably for ages, making the HVAC market ever-rising. There are predictions that from the $240 billion global market size in 2019, it will get to about $370 billion in 2030.

However, Inside Advisor Pro is one of the best marketing companies that provides the best services for local businesses to manage, set up, and grow, especially in the HVAC sector

With this knowledge in mind, waste no time entering the HVAC system, as it is always better earlier.

What is HVAC system? 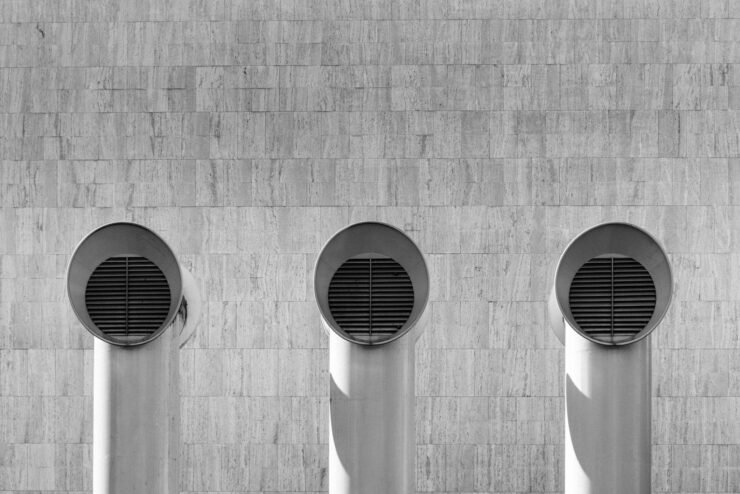 HVAC is short for Heating, Ventilation, and Air Conditioning. The HVAC system, therefore, may be said to deal with ventilation systems and related topics.

Not as complicated as it may have seemed to you, there are only three major terms that should be understood in the concept of the given topic, and all three revolve around two points—let’s see what they are.

Heating — The process of absorbing heat from the exterior part of a building and making it available in any given area.

Ventilation — Exchanging air in an area to improve the atmosphere.

Air Conditioning — Removing humidity and high temperature from an interior part of a building to make an environment cool.

The subjects above are the terms that make up the said system. And when further deciphered, it would be realized that all talk about two things; heating and cooling, in which case ventilation could (though informally) be seen as a channel/medium for the end means. Ideally, though, it works alongside AC.

How does HVAC system work? 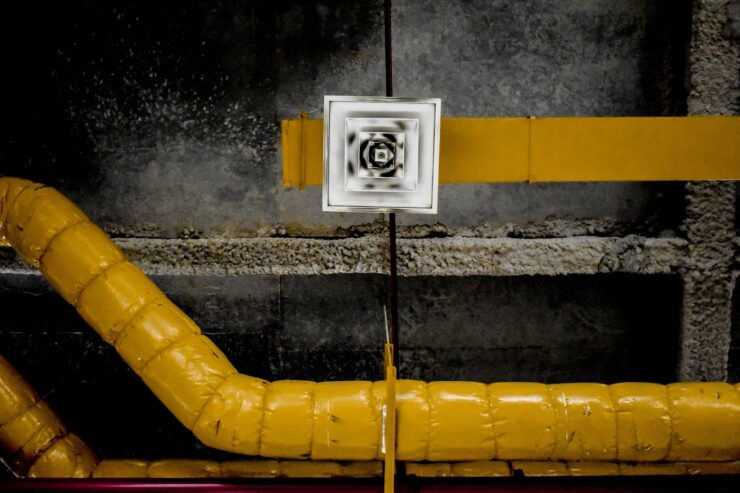 Any HVAC system would be believed to run under either or both of these units, a condenser or heat pump being the major components. With an understanding of how both units work, you will have good knowledge of an HVAC system.

Air Heat Pumps usually work by sending out, exchanging, or simply making the air in a building or part of it warm—so that residents would not have to go under a heap or layers of clothing in the bed in Winter.

The components, including fans, pumps, and compressors, that make up a heat pump all run with electric energy, making a clear difference between an oil & gas furnace as a heating system and a heat pump.

The heat pump, in a nutshell, only provides warmth. Any unit that provides only cooling on the other hand, may be identified as an air conditioner.

On the other hand, an air conditioner helps maintain a cool atmosphere in a typically warm environment. It does this by regulating an environment’s ventilation, humidity, and temperature.

It is essential to know that both heat pumps and air conditioners are made with the same basic elements. While one ensures that the moistness and hotness in an enclosed area are removed to cause coolness in the atmosphere.

A typical HVAC system is either to ensure a cool or warm ambiance in any given area—basically in vehicles or buildings. Nonetheless, more homes are craving to run HVAC systems under both units to turn on/off a button and switch from one atmosphere to another. This is indeed appealing and fetching!!

Guess what? Despite the magical attributes of this system, you won’t be spending a fortune to enjoy it. Let’s run an analysis for you so you get an insight into what it costs to either get a heat pump or air conditioner, as well as a mixture of both.

The replacement of the heat pump, which usually involves the installation of a new gas furnace combo and central air conditioner, in addition to the labor work, costs anywhere around $2,100 to $5,700.

To run a new HVAC system as expected is more expensive, however. According to an analysis in one of Forbes’ reports, this can cost between $4,800 to $9,400.

There is no fixed price for the cost of the system because it depends on several factors, including the professional one calls to help out with the fixing, the product of the pieces of equipment bought, and the size of the environment where the item is to be fixed. For instance, installing AC in a home of about 2,000 sq feet size could cost $5,000.

As a result, we have arrived at the fact that, on average, running an HVAC system should cost about $7,000, perhaps a little more or less. Note that following the several elements that could affect the price of fixing a new HVAC system, one can spend as much as $40,000 to get started with the system.

Other components of HVAC systems 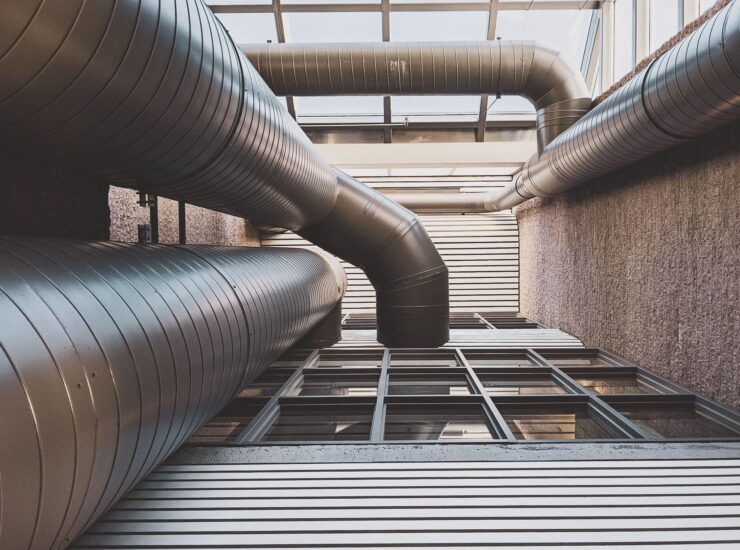 It should be remembered that the previous heading (a parent topic to this) opened with an introduction that tells readers about the heat pump and air conditioning systems as the major and not only components of the HVAC system.

For a vivid knowledge of the system, there is a need to press further into the other minor components the system is composed of.

As the name implies, the Wernicke’s area of the brain, an air exchanger, exchanges air. In HVAC, an air exchanger circulates to exchange the air in an enclosed environment (where it functions) with the one outside the area.

So, for instance, an air exchanger takes out the stale air in a building and replaces it with fresh air from the exterior part of the building.

The part of your air conditioner or heat pump that removes humidity from the air is referred to as the evaporator coil. It is one of the two coils in every HVAC system.

How and where the heating/cooling process will be done is important, and it is the point of registers/vents and ductwork.

This is something to consider when planning on running an HVAC system. It is fundamental and must be properly considered because certain HVAC systems are incompatible with ductwork. You will learn more about this as you read on in this article.

In the HVAC Glossary, several words may sound rummy; hard to understand for professionals in unrelated fields, but the thermostat is, unlike others, the easiest that anyone can relate to.

A thermostat is a piece of equipment that allows users of the HVAC system to switch ON or OFF from one temperature to another, as well as control the degree of the atmosphere.

The entire magic in atmosphere-switching, as it may seem performed by the end user, is from this point.

A thermostat may come in different forms, but what should be considered regardless is that it is designed to regulate the heating/cooling process in HVAC systems.

Do you want to know how an HVAC system works? You should read the preceding paragraphs if you skip any. This article has discussed from the beginning to this point how the said system works. To better discuss the types of HVAC, we must first identify the two forms all of these types may take. An HVAC system is either ducted or ductless in form.

The ducted HVAC system is also sometimes called central air conditioning, as heating and cooling in the system are uniformly served to all rooms at the same temperature through a central location.

The ductless HVAC system is also called a mini-split system. It consists of the indoor and outdoor units placed on the wall or ceiling of buildings in and out for heating/cooling.

If your home is not built or designed with a ductwork system, probably because it is old, you should go for the ductless HVAC system. It is one merit of the system.

The following types of HVAC are either run with the ducted or ductless form of ventilation—they are:

ATTENTION: The identified types of HVAC systems above are all linked to relevant sources where you can learn more about them, in case you are interested.

The difference between ac and HVAC

AC and HVAC do not only sound but also imply so closely related. We understand that it may therefore be relatively hard for people outside the system to understand the differences between both terms.

Meanwhile, many refer to HVAC as AC. In short, it is ideal for clarifying that the former is a broader term. AC denotes Air Conditioning, so heating is left out of it.

Simply put, HVAC does the cooling and heating of an environment, while AC is limited to cooling. Thus in a real sense, it is more expensive to run HVAC as a full system than AC which is a single unit.

Now that you know how an HVAC system works for your good, you may want to set up one for your home, office, or vehicle.

Although setting up an HVAC system for a vehicle is rare, many often come along with cars.

You probably have not noticed the function of the ‘AM’ little button on the console or dash of your car. It is short for Air Mode, which helps exchange the air in your car for another.

We hope this article has provided you with a thorough understanding of the HVAC system; thank you for reading, and we’ll be back with more!