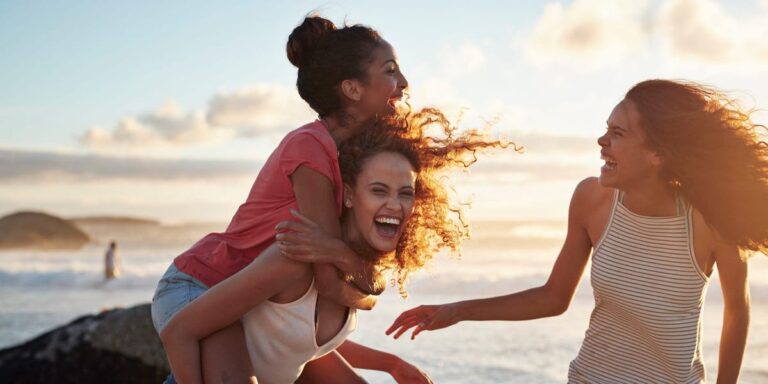 The nervous system releases endorphins when it is under stress or experiencing pain. They’re known as “feel-good” chemicals because of their ability to alleviate discomfort and elevate mood, according to Medical News Today.

The phrase “endogenous morphine” is used to describe these hormones. Our bodies create them, making them “endogenous” in this context. It’s a painkiller that mimics the effects of morphine.

Is there anything you can do to help boost your levels of endorphins? Despite popular belief, running a marathon or engaging in some other extreme activity isn’t necessary to experience the euphoric effects of endorphin release.

Also on a more important note, boosting you endorphins in a healthy way (e.g., exercising, dancing) is a much better option than subscribing to activities such as smoking!

Friendly advice: You can switch to disposable vape pens to quit smoking.

Boosting your endorphins can be achieved by engaging in the following activities:

Harvard Health asserts that aerobic exercise has a neurochemical underpinning for its mental advantages. Adrenaline and cortisol levels in the body are reduced by exercise. Endorphins, the body’s natural painkillers, and mood enhancers are also produced as a result. When you take a hot shower after a strenuous workout, your body releases endorphins, which are responsible for the “runner’s high” and sensations of relaxation and optimism.

Your mood will improve, and you will be able to relax as well as reduce depression and anxiety symptoms with regular exercise. Stress, depression, and worry can all impact your ability to get a good night’s sleep, so doing some exercise can help. Exercise can help you relieve stress and gain control of your life and body by providing all of these benefits.

As reported by Medical News Today, researchers from Finland and the United Kingdom indicated that social laughter elicits the production of endorphins, commonly referred to as “feel-good hormones,” in areas of the brain that control arousal and mood.

Make it a point to spend time with people who make you laugh regularly. When you’re done, share some jokes or hilarious stories with the people around you. You feel better when you laugh. Even after the laughter has subsided, you’re left with a happy feeling. Humor can help you maintain a good outlook through difficult times, disappointments, and loss. In addition, you and your friends can bond looking for scary numbers to call while exchanging some funny prank ideas!

Ownage Pranks is a company with a love for comedy and laughter devoted to give a daily dose of laughs using our prank calls, animated prank cartoons, and even street pranks.

Mindfulness meditation aims to cultivate a state of awareness in which you are fully present with your thoughts. You don’t judge or become interested in the thoughts. You don’t have to do anything special to see any trends. Concentration and awareness are combined in this exercise. To keep your attention on an item or your breath, you may find it beneficial to examine any physical sensations, thoughts, or feelings that arise.

If you’ve ever indulged in a piece of chocolate, you’ll know that it makes you feel better. You’re in a much better mood than you were earlier, and that dreary feeling has left.

Moderate consumption of cocoa and cocoa-containing foods has been related to enhanced cardiovascular health due to the high flavanol content, which has vasodilatory, antioxidant, and anti-inflammatory properties, according to a 2010 study published in the Journal of Cardiovascular Pharmacology.

5. Soak Up Some Rays

Hormones are released in your brain in response to light and darkness. Serotonin is a hormone that is released by the brain when it is exposed to sunlight. Serotonin has been linked to improved mood and a calm and concentrated state of mind. Melatonin is a hormone that is produced by the brain during the hours of darkness at night. This gland produces Sleep-inducing hormones.

Plant extracts, in their simplest form, are what essential oils are. Compounds that generate scent are extracted by steaming or pressing various plant components (flowers, bark, leaves, or fruit). One bottle of essential oil can require many pounds of plant material. Essential oils have a variety of purposes in plants beyond only fragrance production.

For instance, Lavender is the essential oil that promotes a sense of peace and tranquility. Anxiety and despair can be eased with its mild and pleasant scent. For 221 patients with anxiety disorder, lavender was found to be more effective than a placebo in a study. An additional benefit of lavender was its ability to alleviate a wide range of symptoms linked with stress and anxiety, including restlessness, sleep disturbances, and somatic problems.”

Both the mind and the body can be profoundly affected by music. Listening to faster music can help you stay awake and focused. Listening to upbeat music might improve your mood and outlook on life. Slower music helps calm your thoughts and ease your muscles, allowing you to unwind and let go of the day’s tensions. Relaxation and stress reduction can both be aided by listening to music. These subjective impressions of music are backed up by scientific evidence.

Endorphins are released during numerous forms of exercise, but dancing appears to release the most. In addition, it facilitates an emotional release that isn’t always achieved through other forms of physical activity. Dancing is also better at lowering cortisol levels than other forms of exercise. Another reason why dancing might bring up emotions of happiness and relaxation is that cortisol is a stress hormone.

Dopamine, a neurotransmitter responsible for feelings of euphoria and pleasure, is frequently linked to endorphins because it stimulates the reward areas of the brain when endorphins are released. Because endorphins are released in reaction to external stimuli—specifically pain or tension—endorphins help alleviate discomfort and induce emotions of well-being.

When you achieve a goal, your brain releases dopamine, which activates the reward system and elevates your mood. A symbiotic relationship between endorphins and dopamine occurs when an activity produces endorphins, which in turn triggers dopamine production in the brain.

Each person has a different tolerance for pain and a different sense of well-being. Depression or a similar condition may be to blame if you’re experiencing a low mood and nothing seems to be helping to improve it. If this is the case, it’s important to see a doctor, find out what’s wrong and devise a treatment plan.