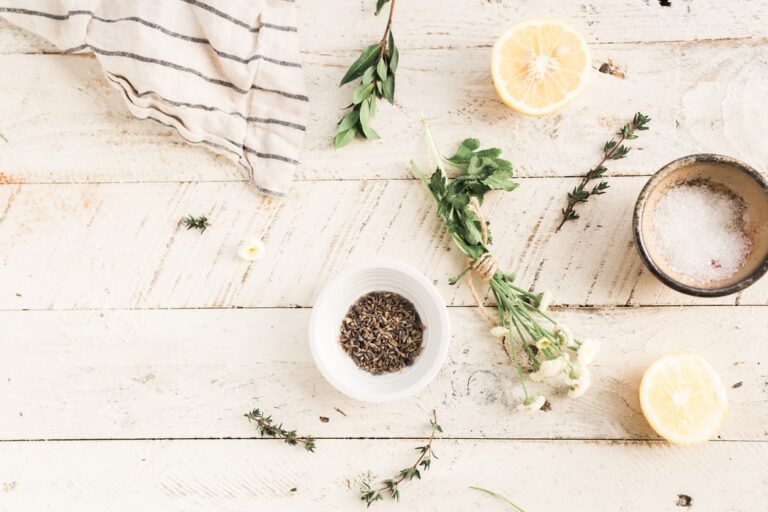 More than half of our remedies come from plants. They are the source of treatments commonly used to treat serious pathologies, such as cancer, cardiovascular diseases, malaria, and even to treat various ailments such as migraines, muscle aches, stress, and fatigue… But beware of this: we must know how to use each plant or product derived from them since if we use it inappropriately we can cause harm. Next, I will give you a list of plants, trees or herbs that have healing properties and do our body very good.

This sacred tree is native to tropical dry forests, it can be found in Ecuador, Peru, Colombia. It is considered one of the best aromatic trees, due to its pleasant woody citrus aroma with a slight scent of mint. It has great properties, including Limonene, a strong antibacterial, anti-inflammatory, antiseptic and antifungal agent. From Palo Santo, you can make incense, essential oil, soaps, and other aromatic products that offer us great benefits such as relaxation of our mind and body thanks to its aroma, it counteracts the symptoms of flu, coughs and allergies, purifies the air of your home, etc. Only trees that have died naturally in the forest are used to make these products.

The palo santo can live between 30 to 40 years, once it dies it is allowed to rest for 2 to 4 years in its natural habitat to manifest its healing properties. Currently, in Ecuador, a reforestation program is being carried out where more than 10,000 Palo Santo trees have been planted, which have been georeferenced to carry out monitoring every 6 months and to know in what state they are. Thanks to recent research carried out by EcuadorianHands, it became known that this aromatic tree helps with the reduction of the carbon footprint. For more information about Palo Santo visit >> EcuadorianHands

Nicknamed the glove of Notre-Dame, shepherdess or fingertip, this majestic plant, which beautifies our gardens, owes its name to the glove shape of its pink-violet flowers. Several molecules have been isolated from its leaves to treat cardiovascular disorders, notably digoxin, which is a regulator of heart function. Digital-based medications are only available by prescription.

Beauty is taken with gloves. Because at high doses, this cardiotonic is a cardiotoxic that causes visual disturbances. According to the researchers’ hypothesis, digitalis poisoning could be the cause of the visual deformations that Vincent Van Gogh suffered at the end of his life. As a clue, they evoke the digital one that appears in the famous Portrait of Dr. Paul Gachet.

The Egyptians but also the Greeks knew “the plant that causes forgetfulness.” Homer testifies to this. It is claimed that the nepenthes that Helena pours into Telemachus’ wine to ease his sorrows is poppy juice. Today’s poppy has a very sulphurous reputation. It is forgetting the anesthetic benefits of this beautiful flower, very useful in treating pain. The pharmaceutical industry uses several alkaloids, including morphine, a pain reliever, and codeine, a cough suppressant.

The little periwinkle (Vinca minor) – Against the effects of aging

The small periwinkle, not to be confused with the Madagascar periwinkle, has all the attention for our elders. The vincamine it secretes is an important weapon in the fight against aging. It is integrated in many medicines, in particular against visual disorders of vascular origin, hearing disorders (tinnitus), cerebrovascular accidents, but also disorders of mood, attention and memory. .

The traditional use of mugwort as an antimalarial has been documented in China for more than two thousand years. It has been validated by several clinical studies. Its leaves contain a molecule, artemisinin, which has the effect of eradicating parasites from the blood.

It is effective curative but not preventive. To treat resistant forms of malaria, researchers have developed even more powerful derivatives, including artemether. But this expensive pharmaceutical specialty is not always available to patients in Third World countries.

EUROPEAN IF (Taxus baccata) – Against breast, ovarian and lung cancer

This extraordinary tree in its convoluted shapes and its ability to regenerate itself already fascinated the Ancients. In ancient Greece, sleeping in the shade of a yew tree was considered deadly, and the Gauls covered their arrows with a decoction made from its leaves, seeds, and bark. That is, if this red fruit tree had built a formidable reputation.

However, its bark hides an anticancer substance. This gift of nature almost brought his downfall. At the rate of 10,000 trees per 2 kilos of substance, entire forests have been decimated. He owes his salvation to Professor Pierre Potier and his team at CNRS, who have succeeded in extracting a taxol precursor from the needles of the European yew, Taxus baccata. Since, the yew trees are perfectly protected and cared for.

It is the anti-stress bush. Its virtues come from its white or pink flowers grouped in corymbs and rich in flavonoids. They have a sedative action on the nervous system and a regulatory action on the cardiovascular system. Especially recommended for older people.

Quite graceful with its whitish flowers grouped in corymbs, valerian hides its treasures in its roots. In the past it was used against hysteria, epilepsy and the dance of St. Vitus. Endowed with antispasmodic, antibacterial, sedative, tonic and stomachic properties, it is prepared fresh as a tincture or as a capsule. Interestingly, if it calms humans, it excites felines. Catnip, thus nicknamed, should not be taken in high doses or permanently.

She casts out demons and dark thoughts. Extensive program for which flowered glasses are responsible, with elongated leaves dotted with small pockets. Thanks to its multiple components (flavonoids, hypericin …), it treats depression as effectively as a synthetic antidepressant, with fewer side effects.

What clinical studies have shown. In external use it has antiseptic and healing properties to heal skin lesions. Take without exposure to the sun to avoid skin reactions. In addition, according to Afssaps, St. John’s Wort reduces the effect of certain cardiac, antiretroviral, anti-asthmatic and contraceptive medications.

This seductive with velvety petals and a soft fragrance secretes a prodigious aromatic essence to soothe intestinal problems and treat wounds. Tonic and astringent, the queen of the gardens is used as a herbal tea against stomach aches and difficult digestion, as a lotion to purify the skin, as a cold compress to alleviate eye conditions and as an ointment to soften chapped lips. .

It owes its nickname, the devil’s claw, to its claw-shaped fruit, a real trap for animals. The tubers of this South African native plant are full of iridoids with devilish effects to treat rheumatism and mild arthritis.

A contemporary of dinosaurs, it has weathered the most torrential weather, the most stubborn bacteria, the most acidic pollution, and even … the Hiroshima bomb. But can he resist its success? Ginkgo must now be widely cultivated to avoid extinction. Its leaves are rich in ginkgolides, whose anti-inflammatory action notably protects against transplant rejection. It is also recommended, among others, against difficulty in concentration, memory disorders, but also against peripheral vascular disorders.

In South America, missionaries taught the passion of Christ to the natives through this flower with a strange charm. Its slightly pointed crown evokes the crown of thorns, the five stamens represent the wounds of Christ and the three stigmas are similar to the three nails… Hence its name of passionflower. It is also a sedative plant, effective against anxiety, insomnia and certain digestive spasms.

It looks great with its sturdy stem and starry golden petals. Originally from the mountains of Europe, this elegant hides in its roots invigorating bitter principles, stimulating the body’s defenses, facilitating digestion or whetting the appetite. Taste in infusions or in syrup.