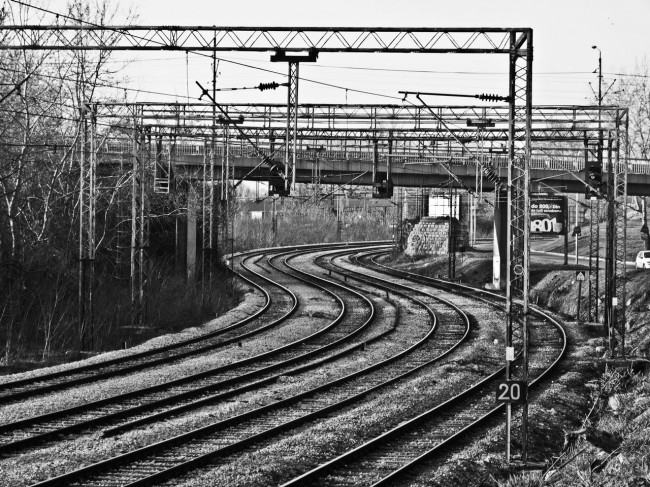 India and Bangladesh have decided to start the construction work of a new railway link between the two South Asian neighbors early next year.  Confirming the news, Joint Secretary of the Indian External Affairs Ministry Alok K Sinha recently said that the new link would ease the surface transport. He told reporters in New Delhi that India would construct the 15km railway tracks to link Agartala, the capital of north-eastern Indian province of Tripura, with Akhaurah. Akhaurah is the south-eastern city of Bangladesh and an important railway junction connected to Chittagong port, resource-rich Sylhet and the Bangladeshi capital of Dhaka.

The joint secretary made the announcement soon after the third meeting of the Agartala-Akhaurah railway link project steering committee. Sinha said that officials of both the countries would soon visit the border area for a field inspection. “The work for new Agartala-Akhaurah railway link will start early next year. The detailed project report will be finalized within a month or so,” he stressed. Sinha also said: “We will mutually sort out if any problem comes up. The fourth meeting of the project steering committee will be held in Dhaka in December.”

Meanwhile, Joint Secretary of the Bangladeshi Railway Ministry Sunil Chandra Pal led his country’s delegation at the steering committee meeting in Agartala earlier this week. At the meeting, he said: “With the setting up of the new railway connectivity between India and Bangladesh, people of two countries will benefit as they will come closer. Men and materials will be ferried very smoothly.” India has sanctioned INR 2,520 million for the construction of 15km railway track of which the only 5km of tracks would fall in the Indian territory. The Indian ministry official stressed: “With the establishment of the new railway link, northeast India will be connected to the Chittagong international sea port by rail.

The proposed rail link will not only improve bilateral ties but also help in establishing connectivity with inaccessible areas in the north-eastern part of India as the journey from the eastern Indian city of Kolkata to Tripura and other north-eastern states via Bangladesh will save cost, time and distance traveled.” The north-eastern provinces of India are surrounded by Bangladesh, Myanmar, Bhutan, and China and 70% of this region is hilly terrain with steep roads and multiple hairpin bends.