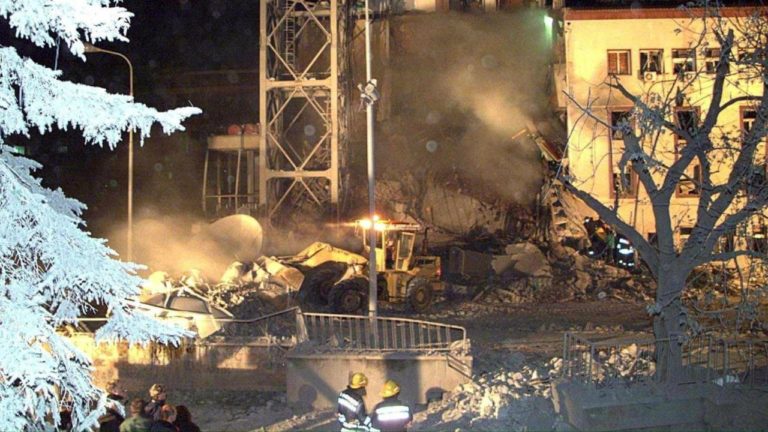 BELGRADE – The use of depleted uranium during the NATO bombing of Serbia has caused long-term damage to Serbia and the Serbian people. Because every year we have an increase in the number of cancer cases by 25 percent over the previous year. Figures in the case of patients in Kosovska Mitrovica support this fact, as in 2011 here were registered 185 of them, the following year, 225 and in 2013 – 250. Therefore, the gloomy forecasts, imposed back in 2002, that the use of depleted uranium during the aggression of Western military alliance against FRY will cause an epidemic of malignant diseases, turned out to be accurate, said dr. Nebojsa Srbljak for Serbian daily “Vecernje Novosti”.

Dr. Srbljak, a cardiologist at the ZTC in Kosovska Mitrovica and founder of the NGO “Angel of Mercy” which deals with data on the number of patients with malignancy in Kosovo, explained for the daily that “those who used the depleted uranium had to know what consequences it causes”. He said that the study of his organization, which cover the period of two years before and two years after the bombing, clearly shows that the number of patients with malignant diseases is caused by radioactivity, and not stress and other bad life habits.

“Let us remember the example of Italy which has revealed that their soldiers, who stayed in Kosovo, were irradiated and that the increased number of hematological diseases is a direct consequence of the use of depleted uranium ammunition,” said Dr. Srbljak. “Italian KFOR soldiers were deployed where the most of the ammunition with depleted uranium was used, in Pec, Djakovica, in Kosare. Their families, as far as I know, have received compensation.”

Dr. Srbljak urges the authorities that our country formally request compensation, not only for material damage but also because of the increase in the number of patients with malignant diseases. The cardiologist claims that someone was trying to minimize the information he and his team published back in 2002 that the number of patients with malignant diseases was increased by almost 200 percent compared to the period before the bombing.

“It became clear that we are right when our neighbors Albanians started to go to Belgrade for a treatment. Because, and that is obvious, they have confidence in the expertise of Serbian doctors. I, therefore, think that our proposal, to open a branch of Oncology Institute in Belgrade herein (Kosovska) Mitrovica could finally be realized.”