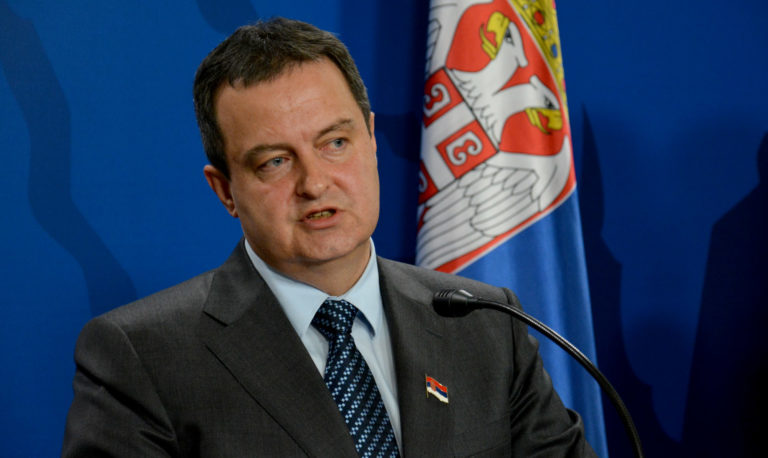 KRUSEVAC – Serbian Prime Minister Ivica Dacic stated on Friday after the European Council adopted the decision to launch Serbia’s accession talks that the government will be continuously in session so that the talks could be completed in four to five years.

During a special session of the Serbian government in Krusevac to mark Saint Vitus’ Day as a religious and historical holiday and 624th anniversary of the Battle of Kosovo, Dacic underscored that the European Council decided to launch the EU membership talks without any new conditions.

Dacic expressed gratitude to Serbian President Tomislav Nikolic, members of the government, especially Deputy Prime Minister Aleksandar Vucic, who invested great efforts to this end over the past nine months.

Serbia has made a number of important steps and it is now about to make the most important one and launch EU accession talks, he said.

The opening of accession talks will be a milestone in the process and it will make the process irrevocable, Dacic said and added that this will be a clear message that Serbia is determined to carry out the reform process with a view to ensuring that the living standards for Serbian citizens are the same as those in the EU.

We aim to complete the talks opened on Friday as soon as possible, within four or five years, the prime minister said.

The date is just the beginning of the path and it will be long and difficult, and its course will be determined only by the results achieved, Dacic said and added that the results would only be the reason why the government is in constant session.

The difficult and more important part lies ahead, Europe is close but it is not in Serbia yet, and the talks are a way for the EU to be present here, the prime minister said.