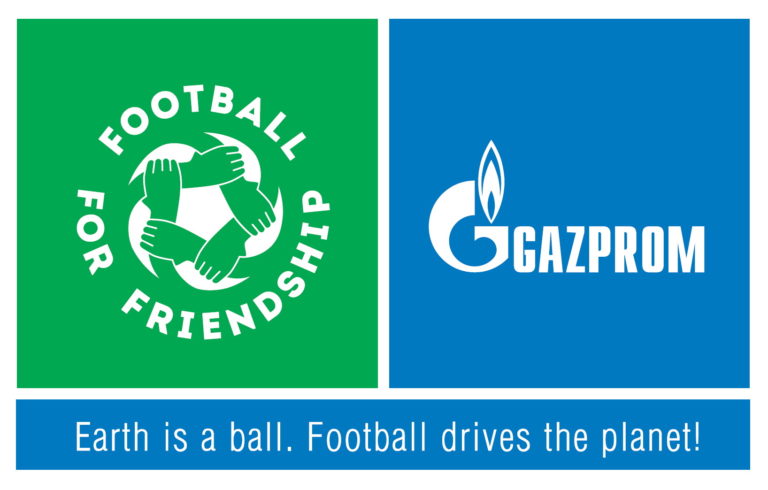 International Children’s social responsibility project “Football for friendship”, sponsored by the company Gazprom, the official sponsor of the UEFA Champions League, will be richer as the number of countries participating this year has doubled!

In the season 2014 children – players aged 12 to 14 years, from 16 European countries – Belarus, Bulgaria, France, the Netherlands, Croatia, Italy, Hungary, Germany, Poland, Portugal, Russia, Serbia, Slovenia, Turkey, Ukraine and the United Britain – will participate in the project, which is being implemented within the framework of corporate social responsibility programs for children by Gazprom. The main objective of the action is to develop the most important values in the young generation as well as respect for other cultures and nations, sexes, and increased interest towards a healthy lifestyle, using sport as an influential tool.

The project “Football for friendship” is a global initiative, as well as other socially responsible projects of Gazprom, which aim to help educate the young generation in the spirit of mutual respect. For the company, this is primarily contribute to the future. Company’s programs are directed to raising healthy children, with all the right opportunities for a harmonious development. “We believe that the project “Football for friendship” has already proved its compliance with these goals,” said the President of the Management Board of Gazprom, Alexey Miller.

This year, the main event of the “Football for Friendship” will be II International Forum of children’s soccer teams which will be held in Lisbon from May 23 to 25th, the weekend when the final match of the season 2013/2014 of UEFA Champions League is taking place. After the end of the Forum, youth delegates will attend the finals at the famous Luz Stadium.

Forum will be conducted under the auspices of the global football star Franz Beckenbauer. Delegates from 16 countries will gather to discuss ways to effectively promote key principles of “Football for friendship”, such as tradition, peace, friendship, victory, health, equality, fair play and commitment.

“The idea of the gathering of children, passion for football to promote sports and universal values, proved its absolute importance. According to the results from the last year, with full confidence, we say that the project is clearly of great importance, and that the number of participating countries in the project this year has doubled. As can be noted, the children who attended the forum in London last year proved to be an excellent example of success in promoting the ideas of tolerance, equality and a healthy lifestyle. The project confirms that the world can indeed become a kinder, healthier and more tolerant place to live thanks to football,” said Franz Beckenbauer.