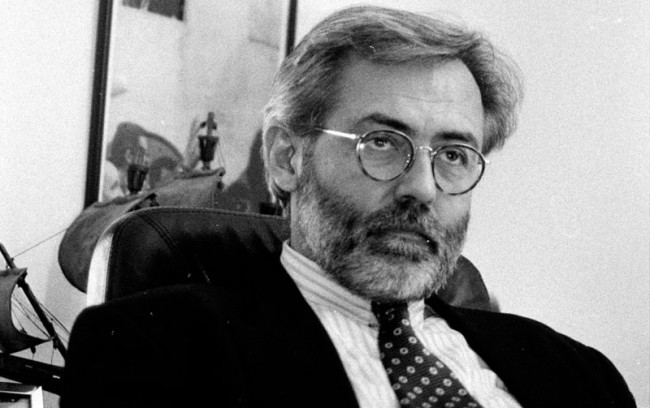 BELGRADE – Never again will it be possible to have politically motivated murders in Serbia like in the case of Slavko Curuvija, Serbian First Deputy Prime Minister Aleksandar Vucic stated on Tuesday.

It has been proved that such politically motivated crimes do not pay, Vucic said at a press conference held on the occasion of the arrests of Milan Radonjic, former head of the State Security Service (DB), and Ratko Romic, head of the DB sixth department, on suspicion of involvement in the murder of journalist and owner of the newspapers Dnevni telegraph Slavko Curuvija on April 11, 1999.

Vucic apologized to the Curuvija family for waiting for 14 years to bring the perpetrators to justice and thanked all involved in solving the case on their commitment.

He said that it was not easy to collect information about Curuvija’s murder, and therefore he does not want to accuse anyone of not solving the case earlier.

Organized Crime Prosecutor Miljko Radisavljevic said that the key to the arrest of Radonjic and Romic was the testimony of former commander of Serbia’s Special Operations Unit Milorad Ulemek.

Ulemek is behind bars as one of the main organizers of the murder of former prime minister of Serbia Zoran Djindjic, and the prosecutor said that last week he provided new information about the 1999 murder of Slavko Curuvija asking nothing in return.

His statement was confirmed by two more witnesses, Radisavljevic said, adding that Vucic did not want to mention the witnesses so as to protect their safety.

The prosecutor underlined that the dominant motive for Curuvija’s murder was of political nature, adding that the instigator of the murder was former DB head, Radomir Markovic.

Radisavljevic and Vucic did not want to discuss the role of Mirjana Markovic, wife of the former president of the Federal Republic of Yugoslavia and Serbia Slobodan Milosevic, before the end of the investigation.

The investigation will be finished in one month and a half, and then the light will be shed on Mirjana Markovic’s role in the case, the prosecutor said.

“We are now considering the evidence which we have in our hands,” Vucic said, stressing that for the first time now the prosecutor is certain that he will be able to raise an indictment in the Curuvija murder case by early March.

Serbian First Deputy Prime Minister Aleksandar Vucic stated that drug dealer Milan Obradovic was arrested on Tuesday in possession of about one kilogram of pure cocaine worth around EUR 400,000.

Vucic said at a press conference in the Serbian government that he expects the case of drug lord Darko Saric, who is at large, to be solved in the forthcoming period, in a couple of weeks or months.

The actions against drug dealers will continue, and the Serbian state bodies will manage to deal with the greatest plague of modern society, Vucic underlined.