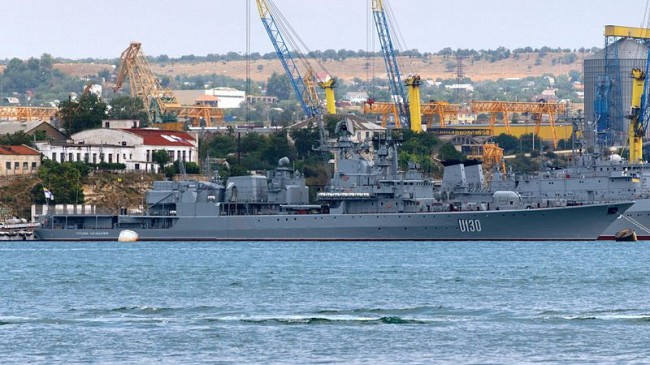 Ukraine’s Navy flagship, the Hetman Sahaidachny frigate, has reportedly refused to follow orders from Kiev, and come over to Russia’s side and is returning home after taking part in NATO operation in the Gulf of Aden flying the Russian naval flag.

There has been conflicting information on where exactly the vessel is, but a Russian senator has confirmed to Izvestia daily that the frigate defected to the Russian side, RT reported.

“Ukraine’s Navy flagship the Hetman Sahaidachny has come over to our side today. It has hung out the St Andrew’s flag,” Senator Igor Morozov, a member of the committee on the international affairs, told Izvestia daily.

He said the flagship is on its way back to the Black Sea after drills in the Mediterranean. “The crew has fulfilled the order by the chief commander of Ukraine’s armed forces Viktor Yanukovich,” he added.