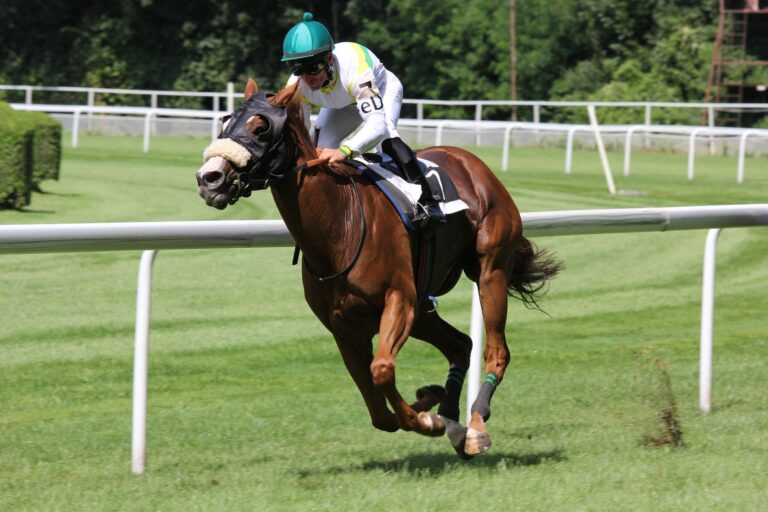 In a recent interview, Nikola Jokic has claimed that one of his favorite sports during childhood was horse racing. Jokic confessed that he fell in love with the races, with the atmosphere and with the beauty and elegance of the animals. He even entered an amateur race where he ended in 4th place.

It’s no surprise though, as horse racing has a long and proud tradition in Serbia, reaching back to the mid-19th century.

The sport has gone through some difficult times in recent years, but there are still some terrific races to be found across the county if you want to see the thrilling spectacle of horses charging around a track.

This small town in the Machva region of Western Serbia is renowned for its horse-riding legacy. While stories of the past speak to us of Machvans riding into wars on admirable horses, these days it is the hippodrome that attracts horse lovers to the area.

Machva is known for taking great care of their horses and their passion for equestrian sports. In Serbian warrior tradition, while other warriors were given horses when they were called to war, Machvan people used to bring their own horses. That’s why there is a saying that claims the following: “Not even the king’s horse is better than the one of Machvan!”

The history of competitive racing here goes back several decades, with 1950 seeing the sport take hold. Of course, the hippodrome was closed during times of trouble, but it is now open again and sports fans from all over Serbia come here to watch the horses race.

Several racing days are held throughout the year, with crowds of up to 8,000 spectators cramming in to see the Christmas event. Maintenance work is carried out at the hippodrome all year round and there are plans in place to upgrade the facilities.

The hippodrome in Bogatic is also the starting point for the Machvan Wedding part of the Highwaymen Night, which is the biggest annual event in the town. With the authorities actively promoting tourism to this region, we expect more people to visit the hippodrome in the future.

The main horse racecourse in Serbia can be found in Belgrade, in the Careva Cuprija district. The hippodrome here is the center of the Serbian horse racing calendar, with a number of flat races held during the year.

When horse racing gained popularity here in the 19th century, there was no official racetrack and the events took place on the outskirts of the capital. In 1842, the British consul-general George Lloyd Hodges promoted the first modern horse races in the city.

Then, in 1862, Prince Mihailo Obrević decided to make the horse races an annual event, even taking part himself and helping to create the rules. However, up to the XX century there was no official racetrack in Belgrade: the races were mostly held in Vukov Spomenik, in the outskirts of Belgrade.

Eventually, the hippodrome was built in Careva Cuprija in 1912, being officially opened a couple of years later but having to close after just one day as World War I began.

Horse racing began here in earnest in 1921, with trotting races and gallop derbies held regularly. The Belgrade hippodrome is 24 hectares in size and the record attendance for a race held here came in 1989, when 10,000 people came along to see the trotting derby.

The last major renovation work on this venue took place decades ago and a fire destroyed part of the building at the end of the 20th century.  There have been many rumors about it being demolished or re-developed, with current reports suggesting that the grandstand will be rebuilt, and a hotel complex added.

Serbian horse racing fans have often had to look abroad, to follow big races such as the Kentucky Derby in the US or the Dubai World Cup, but these changes could mean that the national horse racing calendar could become far more comprehensive.

This village in Northern Vojvodina is highly regarded for its horse stable legacy, with a number of winning horses being bred and trained here and a local museum exploring the long history of horse breeding in the area.

In 2015, it was announced that Etihad Airways had teamed up with AD Zobnatica and Air Serbia to sponsor the Prince Paul’s Cup. The idea was to use this as a way of breathing new life into the Zobnatica Hippodrome after several years with no racing taking place.

It was set up as an eight-race event in September 2015 with gallop and trotter races featuring thoroughbred horses and top jockeys. Among the sponsored races were the Etihad Milja and the Air Serbia-Jadran II.

At the time, Dane Kondić, Chief Executive Officer of Air Serbia, affirmed that “by helping revive this excellent tradition, we are not only supporting equestrian sport in Serbia, but more importantly, an initiative that will ultimately benefit the community by contributing to tourism and the wider local economy.”

However, despite the success of the event it hasn’t been repeated ever since and, with COVID-19 situation, it might not happen anytime soon.

The Serbian horse racing industry has suffered some hard knocks over the years, but it is clear that the national love of the sport remains and that there is plenty here to attract horse racing fans.

Therefore, it should be revitalized in the future and take advantage of sponsorships like the one that happened in Zobnatica in 2015. This way the fans will be available to enjoy the races and the atmosphere that comes with it.

Due to the current pandemic, it is likely this will have to be postponed, but it should be something to discuss in the future. Horse racing is part of Serbian tradition and history.

Besides, betting is fully legal and regulated in Serbia for everyone aged 18 or older, so it’s an encouragement for foreign investment from horse racing gambling websites.

If you enjoy horse racing, make sure you sign up for TwinSpires and take advantage of their signup bonus.