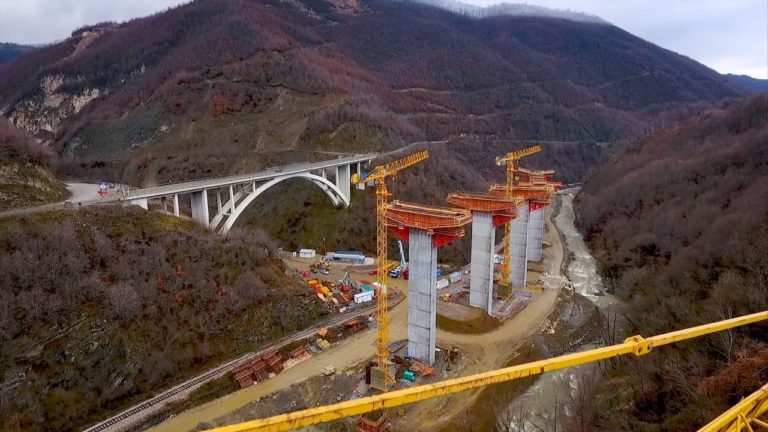 PRISTINA – A groundbreaking ceremony held Thursday in the village of Ugljare, situated between the municipalities of Kosovo Polje and Gracanica, marked the beginning of construction of the Pristina-Djeneral Jankovic-Skopje highway.

Kosovo Prime Minister Hasim Taci said at the ceremony that this is one of the most important projects that connects people and boosts economic development. The highway will bear the name of the prominent Albanian intellectual and politician from Macedonia, Arber Dzaferi, said Taci. The ceremony was attended by Macedonia’s Deputy Prime Minister Musa Dzaferi who expressed his gratitude and noted that such “grandiose projects” are what the governments are remembered for.

Kosovo’s Infrastructure Ministry awarded a USD 820 million contract to the U.S.-Turkish consortium Bechtel and Enka on July 1 to build a 60 km highway connecting Kosovo and Macedonia. Upon signing the contract, Kosovo’s Minister of Infrastructure Fehmi Mujota said that the highway will be the main route for traffic coming from the direction of Greek and Albanian ports. The coalition of opposition parties DLK-AFK- Initiative for Kosovo and Self-Determination criticized the government of Kosovo for rushing the construction of Pristina-Skopje highway.

Pointing out that a new government has not yet been formed after the early parliamentary election, the opposition stresses that the outgoing government is not entitled to make such major decisions and warned that the new government will re-examine the entire project.