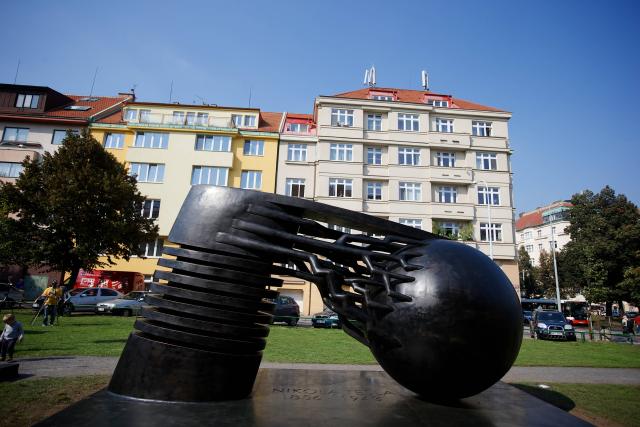 PRAGUE – The biggest sculpture in the world dedicated to famous scientist Nikola Tesla was unveiled in Prague on Thursday, in the presence of several hundred people and foreign delegations, the city authorities have said in a release.

The monument, weighing 5.4 tons and measuring 6x3x3 meters, is the work of two sculptors and architects, Stefan Milkov and Jiri Trojan, the release said. The ceremony of unveiling the memorial cast in bronze was attended by Serbian Ambassador to the Czech Republic Vera Mavric. The cornerstone for the monument was laid in November 2006 to celebrate the 150th anniversary of the birth of Serbia’s greatest inventor. Tesla lived in the former Czechoslovakia from 1936 to 1937 and President Edvard Benesh decorated him with the Order of the White Lion, First Class. Tesla also received an honorary doctorate from the Czech Technical University in 1936.