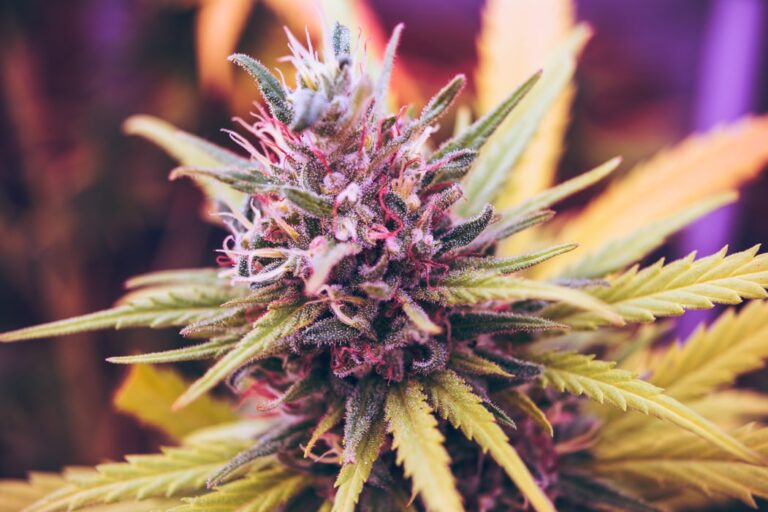 Cannabis is more popular than ever for many reasons, cannabis has long been used for medicinal and recreational purposes in many parts of the world. And with many countries now relaxing the laws on the possession and growing of marijuana for home use sales of seeds have been booming in recent years. Indica seeds, in particular, have enjoyed large sales growth. Indica remains a favorite due to the quality of the numerous strains available and the high quality of the plants when they have matured.

With so many strains beginners need to choose the right one as it can be difficult to grow at first. But with time, patience, and the correct equipment to ensure hydration and the correct climate for optimal growth you can soon begin to enjoy the fruits of your labor. For further advice and sales of seeds and which may be best for beginners and experienced growers. Here are some of the most popular varieties of Indica available as stated by Premium Cultivars.

Definitely not to be confused with the natural phenomena over much of northern Europe and the North Pole, the strain of Indica known as Northern Light is made by crossing Thai and Afghan marijuana. This hybrid strain is loved by many people for its sweet pungent smell and taste.  Many medical marijuana patients are fond of Northern Light due to the plant’s ability to help with the symptoms of depression, insomnia, pain, and stress.

Originally it is believed that it was first grown near Seattle in the United States it was Dutch growers that embraced this world-renowned strain of Indica that is loved all over the world. If the indoor growing conditions are correct you can expect it to flower within 50 days.

The Ever Popular Hindu Kush Strain

Between the countries of Afghanistan and Pakistan is the Hindu Kush mountain range where this Indica strain first originated. It is also believed to be the original plant that internationally renowned and ever-popular hash was derived from. These compact and lively-looking buds stand out due to the coating of trichomes and the green flowers on top of the bud when they have matured.

Famous for its sweet and piney fragrance that is a pleasure to smell and when smoked the flora’s sweet aromatic taste is fairly unique among connoisseurs. When ingested either by eating or smoking the user can expect a relaxing cerebral high and a feeling of calm and relaxation. It is incredibly fast-growing under the correct conditions which are usually indoors even though this strain of Indica is quite resistant to adverse weather conditions. For further advice on seeds you wish to try and grow visit https://amsterdammarijuanaseeds.com/seedshop-indica-seeds.

Granddaddy Purple a Relative Newcomer to The Show

With new Indica strains being developed all the time Granddaddy Purple is one of the most popular to be cultivated. In 2003 Ken Estes introduced to the world GDP as it came to be known, a mix of Big Daddy and Purple Urkle it soon became a favorite of many people. This combination gave large yields of buds due to the Big Daddy influence and the infusion with Purple Urkle providing a complex berry and grape flavor, consumers soon fell in love with it.

Following a 60 day growing period, the harvest is considered to be one of the best around. Once ingested a feeling of euphoria and total relaxation ensues it is often used by insomniacs, people suffering from stress, pain, and suffering appetite loss.

The Ever Popular 9 LB Hammer

This strain Indica is aptly named as users do consider like they have been hit by a  9 lb hammer, combining the genetics of three different strains, Jack the Ripper, Gooberry, and Hells OG has a well-deserved reputation. Producing very dense buds that are coated with resin which produce sweet grape and lime flavors that give the consumer a refreshing taste.

9 LB Hammer is best grown indoors to control the growth conditions and should be ready in about 50 days, if grown correctly expect a large yield. Many people use it to combat stress pain and anxiety and. It can be a bit strong for first-time users, enjoy but proceed with caution.

The South-East Asian nation has given the world some of the finest dining experiences and loved all over the world but for many, it is best known for marijuana and specifically for its Blueberry strain. Blueberry is a mix of Thai and Purple Thai and is truly world-renowned, winning the Cannabis Cup in 2000 for best Indica at the High Times sponsored event.

With a history dating back to the early 1970s, it combines the sweetness of blueberries and combing a long-lasting euphoria and a deep feeling of relaxation. It is widely used by people with stress and pain issues. It is popular with growers and connoisseurs alike due to the THC content it provides.

This is one strain you are unlikely to get to try. Rumour has it that in the United States the intelligence agencies including the FBI and the CIA collected all the best Induces strains and developed a kind of super hybrid. Their motive is still unclear but it is rumored that a member of the team charged with production stole some of the Indica and leaked it to the public. Whether it is true or not it’s still a nice story that one day may be confirmed.

What is true is that there is a G-13 strain people who have experienced it say it is very potent and has sweet aromas, tasting of citrus and oranges. Regardless of the origins of this Indica strain if it does become available it worth a try.

Indica has many different strains and new ones are always being developed around the world. Besides their relaxation properties for the recreational user, the medical benefits for people suffering from stress or even PTSD are well documented. Try to grow your own and with a bit of research and a small investment you could soon have the next G-13.