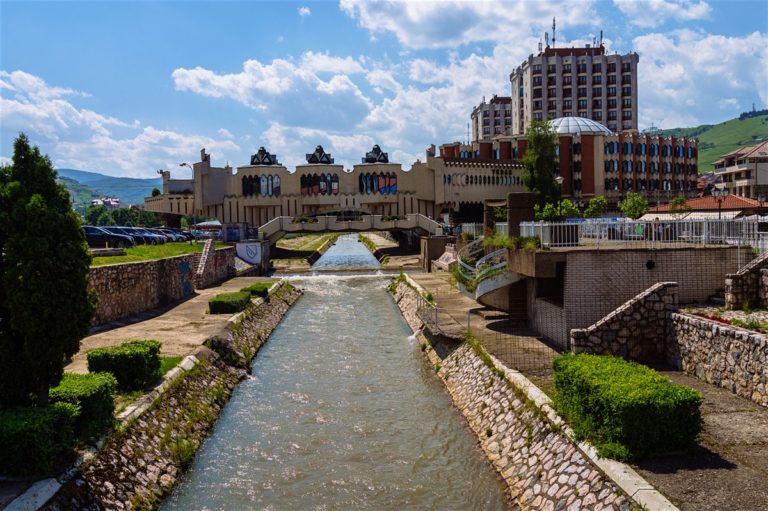 Novi Pazar (Serbian: Нови Пазар) is a city located in southwest Serbia, in the Raška District. Novi Pazar is the cultural center of Bosniaks in Serbia and the historical region of Sandžak. A multicultural area of Muslims and Orthodox Christians, many monuments of both communities like the Church of St. Apostles Peter and Paul and the Altun-Alem mosque are found in the region. As of 2011 census, the population of the municipal area of Novi Pazar was 100,140, while the city itself had a population of 66,527.

Novi Pazar means “new marketplace”, which in turn was derived from the Slavic placename in Serbian dialect Trgovište (Трговиште “market”), found near the modern city. During the Ottoman administration, it was known as Yeni Pazar (meaning “new market” in Turkish), which is derived from bazaar (from Persian بازار (bāzār), meaning “market”; from Middle Persian بهاچار (bahā-chār), meaning “place of prices”).

It is located in the valleys of the Jošanica, Raška, Deževska, and Ljudska rivers at the elevation of 496m, in southeast Raška region. The city is surrounded by Golija and Rogozna mountains, and the Pešter plateau. The total area of the municipality is 742 km². It contains over 100 settlements, mostly small and spread over hills and mountains surrounding the city. The largest surrounding village is Mur with over 3000 residents.