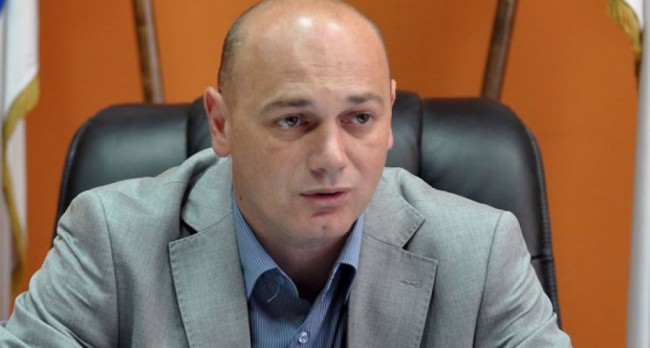 Pantic told Tanjug that the incident took place in front of his building when two masked persons attacked him.

“After a few blows, the attackers ran away. I do not know exactly, but I think that these were young persons of up to twenty years of age,” Pantic said.

Pantic received medical assistance at the Mitrovica hospital and after an injury to his chin was dealt with, he was discharged from hospital.

Krstimir Pantic is one of five Kosovska Mitrovica mayoral candidates at the local elections scheduled for November 3.

Serbian Parliament Speaker Nebojsa Stefanovic stated on Saturday that Friday evening’s attack on Krstimir Pantic, Kosovska Mitrovica mayoral candidate of the Citizens’ Initiative Srpska, is an attack on the state of Serbia, and therefore he expects that the government will react sharply and seriously so that such incidents would not happen again.

“This is the reason why all Serbs should go to the polls and fight for their future and the future of their children,” the parliament speaker said, stressing that the only way for Serbs to stay in Kosovo is to secure for themselves a better life and the formation of a community of Serb municipalities.

Stefanovic called on Serbs in Kosovo-Metohija not to allow the campaign of intimidation to impede them from taking part in the local elections on Sunday.

By voting in Sunday’s elections, Serbs will defend their survival in Kosovo-Metohija, Stefanovic underlined.

Pantic: Attackers attempted at my life

BELGRADE – Krstimir Pantic, Kosovska Mitrovica mayoral candidate of the Citizens’ Initiative Srpska, said in Belgrade on Saturday that Friday’s assault against him was an attempt at his life, adding that he wants to believe that this will be the last politically motivated attack on Serbs in Kosovska Mitrovica, north Kosovo-Metohija.

Pantic said at a press conference in the Serbian parliament that the attack was inspired by the parties which for two months have been advocating the boycott of the local elections scheduled for November 3.

He called on Serbs to show commitment to the state of Serbia and the Serbian government regardless of the threats, and secure the creation of a community of Serb municipalities as a guarantee of the survival of Serbs in this area and strong connections with Serbia.

Vulin: State of Serbia present in Kosovo after elections

“The attack on Pantic is the culmination of the policy of violence and political hatred directed against all those who want to support the state of Serbia and the government,” Vulin said at a press conference in the Serbian parliament.

“Those who think that this way, by means of violence, they will drive Serbia out of Kosovo-Metohija, will not succeed in doing so,” the minister said and called on all Serbs in the province to go to the polls at Sunday’s local elections and not to allow the atmosphere of violence to prevail.