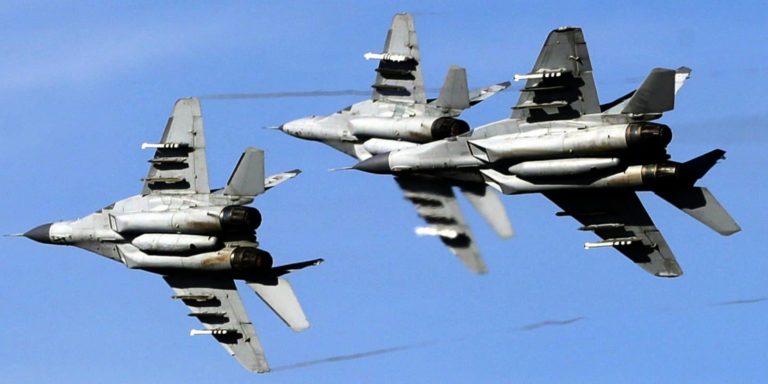 The Serbian military has already sent its requests to Moscow. They will be considered by the end of January by a bilateral commission on technical and military cooperation, the Russian newspaper Kommersant reported Friday.

The Serbian Defense Ministry has submitted to the Russian Federal Military and Technical Cooperation Service a list of weapons it would buy, Prime Minister Dmitry Rogozin said, as a result of his visit to Belgrade.

“We will thoroughly examine and consider the list. As far as possible the request will be fulfilled,” he said.

According to the article, the Serbian military’s request will be considered by the bilateral commission on technical and military cooperation. Its first meeting is expected to take place before the end of January.

Belgrade turned to Moscow after Croatia announced its willingness to put US-made MGM-140 ATACMS tactical missile launchers into service with its armed forces. These are capable of hitting targets at a distance of up to 300 kilometers, sources told Kommersant.

“The Serbian military believes that deployment of such a weapon to the Balkans would change the balance of power in the region. And they did not receive any help from those calling for Serbia to join NATO. As result, they were forced to turn to Russia,” a source said.

“Serbia will not ask for concessions, but we have reasons to expect a lot from Russia. We will not wage war against Croatia. It would be a pointless war by Serbia against NATO,” President Tomislav Nikolic underscored during his meeting with Rogozin.

Moreover, the Serbian Defense Ministry wants to upgrade its air force fleet to include several MiG-29 jet fighters. Currently, the Serbian military operates 10 MiG-29 jets (six of them were bought from Russia in 2013), 11 MiG-21’s (they are due to be mothballed in 2018) as well as several dozen J-22 Orao aircraft.

According to sources, if Russia and Serbia agree on the number of air defense systems and jet fighters, they will be delivered to Belgrade from the Russian Defense Ministry’s stock and they’ll subsequently be modernized. This course of action is said to be less costly for Serbia.

Despite the fact that Moscow and Belgrade have not struck any agreement on military and technical cooperation, Ben Rhodes, national security adviser for US President Barack Obama, said: “We don’t, frankly, think it’s in the interests of the region for it to be seen as caught in some Cold War style, zero-sum game between the United States and Russia. That is not a constructive way, we think, for the region to be approached.”

He added that the Balkan nations should independently make a decision on their future, including NATO membership.