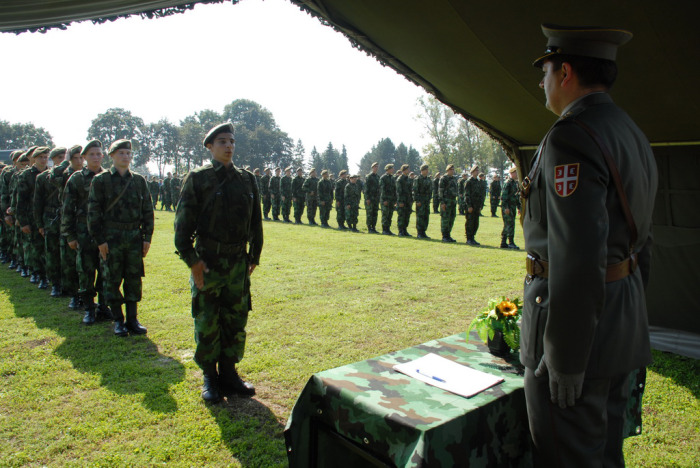 BELGRADE – Serbian army will spend 55 billion dinars (452 million euros) next year, which is 5 billion less than this year – it is provided by the draft state budget for 2015.  Three billion dinars, intended for new weapons and equipment, will be sufficient only for smaller purchases. There will be no money for the purchase of radars, aircraft, air defense systems or other modern systems.

If the Government’s proposal is adopted in the Assembly, armed forces will have at its disposal in 2015 1.2 billion dinars of unallocated surplus revenue generated in previous years. As for major investments, there are plans to construct a new hangar at the military airport in Batajnica, worth about 200 million dinars, as well as gasification of the Technical Institute in Cacak, which will cost about 100 million dinars.

Military leadership gave up on the procurement of new Russian “MiG” aircrafts last summer. Funds have been reserved for the modernization of the aircraft “Supergaleb G4″. However, only 24 million dinars have been allocated for this. Commander of the air force, Ranko Zivak, said that this and other decisions depend on the level of scientific-technological knowledge and financial capacity of the state. “We need the help of an appropriate foreign partner for the project of the modernization of ‘Supergaleb G4′,” said Zivak. “The procurement of modern combat systems, such as multi-purpose combat aircraft or radar, is conditioned by budget. Current situation and money problems hamper modernization, but I hope this will not prevent the purchase of new combat equipment in the next few years”.

One of the major items in military funds for 2015 consist of funds for public relations, for which is intended about 1 million euros. Air Force and Air Defense have about 1 billion dinars (8 million euros) allocated, while Serbian ‘blue helmets’ in the world will cost about 826 million dinars. The military budget of 443 million puts Serbia among European countries with the lowest military expenditure. The amount intended for the armed forces has been for years below 2.4 percent of the state GDP, which was recommended by the Government of Serbia in 2008. According to the percentage Serbia allocates for its army, it can be compared to Bulgaria, which allocates 1.5 percent of GDP, but also with Croatia, which has twice fewer soldiers than Serbia. Behind Serbia are armies of Albania, Montenegro, Macedonia and Bosnia, and Herzegovina, which all have significantly fewer people in the army. Despite the efforts of the military leadership, the level of the military budget of Slovenia, Greece, Austria, and even Romania has been unattainable for years.