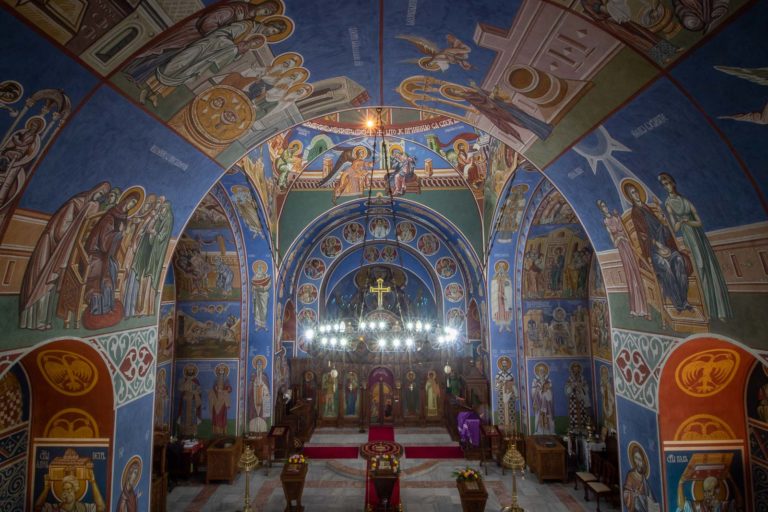 Serbia has always been country that was on the crossroads of various cultures and conquests and all that has left the traits on it in various ways. Religion is not an exception. Regardless of its borders, it has always had various religious groups. From the earliest times, it was the homes of both pagans and Christians, and then of various Christian religions. According to the census from 2011 the largest numbers of adherents belong to Orthodox Christianity, i.e. 84.59%. The next largest religious group are Roman Catholics and there are 4.97 of them. There are also 3.10% of people who are adherents of Islam. It should be also mentioned that there are 0.99% adherents of various Protestant churches. There are also 3.54% of people who belong to other various churches, while 1.11% people do not belong to any church.

Eastern Orthodox Church, i.e. Serbian Orthodox Church, has the largest numbers of believers and adherents in Serbia. It is not the largest religious group but it is also one of the most trusted institutions in the country. It should be said that it is also the religion that has been present in Serbia for the longest period of time and the roots of it go into the 7th and 8th century when the Serbs came to these lands and started to be Christianized. It should be also said that there are numerous churches and monasteries from the Middle Ages that were built by Serbian kings and emperors. They are protected not only by the state but also by UNESCO. It should be said that this religion is rooted into teachings and preaching of Saint Sava who is considered the epitome of faith in Serbia. It should be also added that there is a church dedicated to this saint in Belgrade and it is one of the biggest Orthodox churches in the world. The leader of this church is The Patriarch of Serbia.

Even it is not the largest one, it is the second largest and it has been present in Serbia since the Middle Ages. It should be noted that nowadays it has churches all over Serbia. However, the largest numbers of adherents to this church are located in the northern parts of Serbia, i.e. Vojvodina, and the vast majority of them belong to some of the national minorities that live there. The majority of adherents of this church in Serbia are the members of the Hungarian and Croatian communities. The churches and monasteries are very old and they have been mostly built in the 16th century and later. The adherent so this church have their bishops but they are subjected to the Vatican.

Protestantism has been present in Serbia from the time it came into existence. It should be mentioned that the vast majority of these adherents live in northern Serbia, i.e. in Vojvodina and that they are mostly located in Backi Petrovac and Kovacica. These municipalities are predominantly comprised of people who belong to Slovakian national minority. There are also other Protestant groups all over Serbia, with their churches present in almost each and every town in Serbia.

The Hebrew people have been present in Serbia for centuries and they have had their shrines and synagogues in all major cities in Serbia. However, their numbers have been significantly decreased as the consequence of the Second World War and immigration during the late 20th century. It is estimated that there are about 800 adherents of this church nowadays.

Islam came to Serbia with the Ottoman conquest. The majority of the people who are adherents to Islam in Serbia live in Raska Region and in Pchinja District, and they to mostly belong to national minorities, i.e. to Bosnyak and Albanian peoples. There are also memebers of Gorni people who belong to this religion. It should be mentioned that Islam was the state religion during the Ottoman rule and it is not a surprise at all that there are many mosques from the Medieval times. During this period there was forced, and willing, conversion of Christian people, mostly Serbs, into Islam and their descendants are now adherents of Islam.