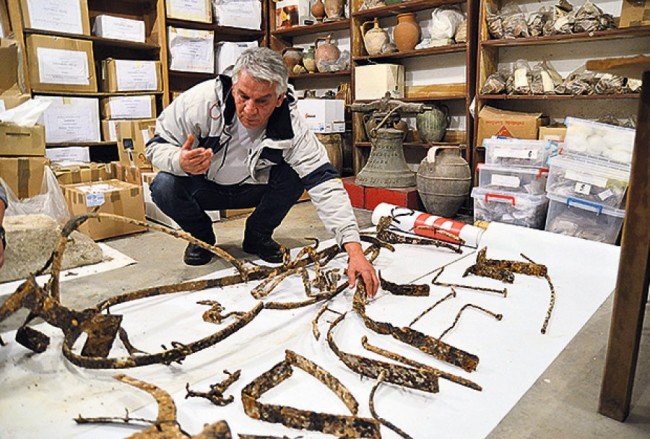 Pirot – During the protective archaeological works, carried out in parallel with the construction of Corridor 10, archaeologist Zoran Mitic found the remains of the beautifully decorated chariot, assumed to be aged between 3,000 and 4,000 years and to have belonged to a Thracian from the elite of the time.

According to Mitic, this a unique and extremely important item, which he found near the village of Stanicenje.

“This is a chariot, drawn by two horses. My assumption is that the chariot belonged to a Thracian citizen,” Mitic told Tanjug.

He said that this is backed by the fact that, at the location where the chariot was found, was also found a tumulus – a tomb.

“Judging by the manner of burial, I guess that it was a member of Thracian people, not ordinary, but someone who occupied an important place in the hierarchy, due to the fact that the chariot is decorated with beautiful bronze applications,” he said.