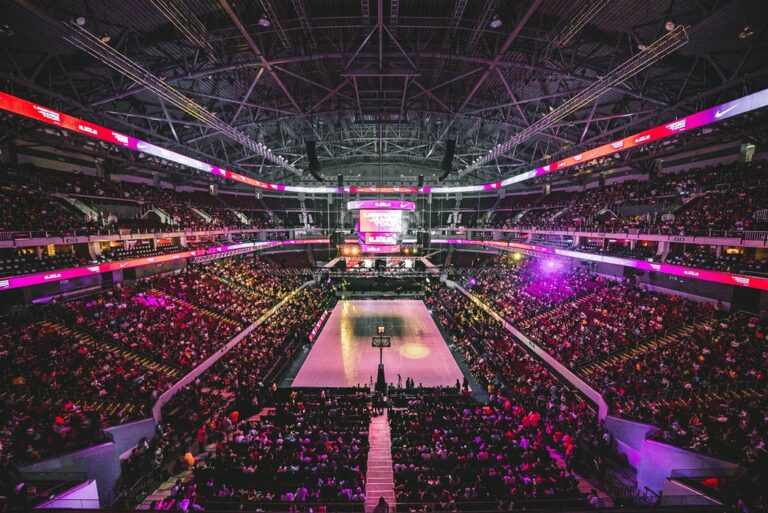 On the international basketball scene Serbia have performed admirably over the years. There has been times of so close yet so far at the Olympics whist the FIBA World Cup and EuroBasket Championships have delivered a combined five gold medals but there is no denying that where the domestic sport of basketball is concerned it’s all about the NBA.

That doesn’t mean Serbia hasn’t played their role in it though. Serbian national team won the FIBA World Cup twice, in 1998 and 2002. They also won the EuroBasket tournament 3 times and achieved silver medals in the Olympic Games twice (the last time was in Rio 2016).

When you consider that Milicic won the NBA Championship a week shy of his 19th birthday, is the youngest non-American to play in the NBA and spent a decade plying his trade in the US, you’re probably right to question whether it’s harsh for him to feature so far down this list.

Then again, you might say it’s a fair reflection of his unfulfilled potential. Either way, his mark on the NBA was certainly made.

His decade long spell in the NBA saw him represent no fewer than six sides. Orlando Magic and Timberwolves got the best of Milicic but career averages that read as 4.2 rebounds, 1.3 blocks and 6.0 points per game don’t do his raw talent justice. Despite his widespread label as a ‘bust’ though, nobody can take away that Championship medal. He’s the only player on this list that has one too.

Bogdanovic was selected as a round one pick in the 2014 draft but it wasn’t until he starred in Turkey for three years that he began to make waves in the NBA. His debut season came with the Sacramento Kings and his performances earned him a place on the All-Rookie second team. His stats made decent reading too having laid on 3.3 assists and sank 11.8 points per game.

The small forward has been kicking on since then though as his output has increased considerably. Last season – his third in the NBA – saw him record a personal best of 15.1 points per game. This season he joined the Hawks and although his time on the court has dropped he’s still posting some decent numbers having racked up 69 points in seven games. He’s proven he has the ability to mix it up with the elite, now he needs to stay there.

Krstic followed a not dissimilar route to Bogdanovic in his early years. He was drafted by the New Jersey Nets but continued to develop his game in Europe before taking to the NBA two years later. When he did, the extra experience shone through. His form over the first couple of years started from a high base and showed signs of rapid improvement. He’d already made the All-Rookie second team courtesy of 10 points and 5.3 rebounds per game.

Fast forward to the 2006 season and it looked like the Serbian was about to break a host of career bests. A third of the way into the campaign he boasted averages of 6.8 rebounds, 16.4 points and 1.8 assists. Then a cruel injury blow ended his season.

The truth is, Krstic got back onto the court but he was never the same again. He spent a further five seasons in the NBA but never threatened to get near the levels he had shown. Eventually, he returned to Europe and his journey stateside became a story of ‘if only’.

Jokić is only five and a bit years into his NBA career but the odds suggest he’ll be gunning for top spot on this list by the time he retires.

He already has two All-Star appearances to his name and the general consensus amongst fans and pundits alike is that his all round game is getting better with every passing year. If that remains the case then there will be two questions posed; can he realistically lead the Nuggets to glory? If not, will he leave?

He had a strong playoffs last season but he’s already putting that – and his personal bests – in his rear-view mirror with some monster performances in the 2022 campaign. In fact, Jokic has even been muted as a MVP contender. He’s currently sitting with game averages on rebounds (11.4), assists (10.0) and points (25.1).

If he can maintain those levels through to the season close he’ll join Oscar Robertson and Russell Westbrook as the only people to have achieved such a feat.

We’ve just mentioned that Jokic might be gunning for top spot in the years ahead. We truly believe that but before he gets there, he’ll need to find some real longevity because Vlade Divac produced the goods for 16 years.

The giant center proved a key player for each of his teams with only his last season, a farewell with the Lakers, where he struggled for minutes on the court.

Whether it was with the Lakers, Hornets or the Kings, Divac was rarely a player to hog headlines; he did, however, make the Rookie First Team in 1990 and earned All-Star honours in 2001. What really highlights how good Divac was though is the consistency in his key stats.

Across his career he racked up 13,398 points, 9,326 blocks, 3,515 assists and over 1,600 blocks. That puts him amongst a very prestigious group of names and Divac is there 100% on merit.  It’s quite a surprise he doesn’t figure among Twinspires’ list of the best NBA centers but, nonetheless, he was one of the best players in that position.

Ensure that you look for tickets in advance; for instance, if you like to attend a Braves game, you must purchase Braves tickets in advance.
There you have it, the best Serbians to have played in the NBA. Who have we missed?