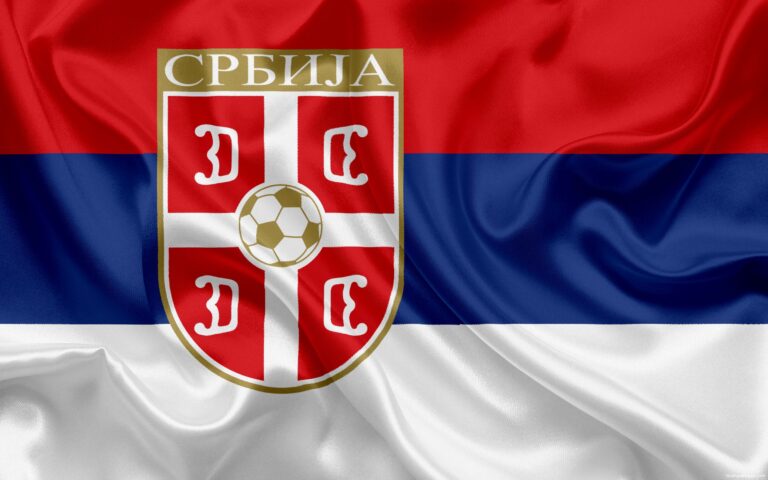 For a country that’s never won a major international tournament, Serbia has a long and proud tradition of producing great footballers. The Serbian domestic league might not be highly thought of on the world stage, but the country’s greatest players have spread far and wide across the planet, plying their trade in the best leagues and taking home some of the biggest honors that club football allows for. When it comes to heritage in football, Serbia has a lot to be proud of.

In saying all this, there isn’t a general consensus as to who Serbia’s all-time best player is. There isn’t even an agreement on who should and shouldn’t be considered Serbian in terms of the past. We’re going to attempt to address that in this article. We’ve narrowed down a shortlist of contenders, and through that list, we’re going to try to identify the greatest Serbian footballer in history. Feel free to agree with us – that’s what the comments section is for!

As you look through the names we’ve identified, it’s impossible to escape the feeling that Serbian footballers haven’t been given the acclaim they deserve. There have been big-name Serbians in football, but nobody afforded the same level of respect as Lionel Messi or Cristiano Ronaldo. Those men aren’t just players; they’re brands. Cristiano Ronaldo’s likeness has even been used to create the mascot of the “Striker Goes Wild” game at online slots websites such as Rose Slots. No matter what Serbian players have achieved, it’s doubtful that any marketing company has ever put one of them forward for their own online slots game. They don’t need that accolade, though. Let’s leave the online slots games for the gambling enthusiasts, and focus on the football!

The name of this legendary goalscorer may not be immediately familiar to those below a certain age, or those who don’t have an interest in Yugoslavian football history. Marjanovic was the first truly legendary goalscorer in the history of the Yugoslav domestic game, and he stayed at the top of the pile for a very long time. Playing for BSK Beograd, he managed an unbelievable tally of 575 goals in just 566 first-team appearances. To reiterate that point, it means he scored more goals than he played games! Nicknamed ‘Mosa,’ Marjanovic went on to represent his national side 58 times and scored 37 goals wearing the country’s shirt. He also holds the distinction of being the first Yugoslavian footballer to turn professional.

You can almost trace the recent history of Serbian and Yugoslavian social and political changes through the career of creative midfielder Dejan Stankovic. As a player, he went to three World Cup tournaments, and he represented a different country each time he went. Twice named Serbian player of the year (and probably deserving of receiving the honor more often than that), Stankovic was an excellent ambassador for the Serbian game in Italy, where he played with distinction for Lazio and Inter Milan before returning home to manage the Serbian national team. These days you’ll find him in charge of Red Star Belgrade, where he holds the status of a club legend. By the time he hung up his boots, he’d represented his country more than one hundred times.

If you mentioned the name “Dragan Stojkovic” to a French football fan, they would probably tell you that he was a failure. That’s because his big-money move to Marseille didn’t work out the way that he imagined it when he joined in 1990. Everywhere else he went, he was a legend, and nowhere is that truer than Red Star Belgrade. Known as “Piksi” to friends and fans, Stojkovic captained the national side during a relatively prosperous period for the country and provided countless assists to the grateful strikers who were fortunate enough to play in front of him. His passing ability was such that had he been born later, he’d have fit effortlessly into the tiki-taka style of Barcelona in the early 21st century. Our younger readers might know him better as the manager who kicked a ball into the net from forty yards away in a viral social media clip.

In the here and now, some Liverpool fans claim that Virgin Van Dijk is the greatest defender ever to play in the English Premier League. We can only assume that those fans are either too young to remember Nemanja Vidic at Manchester United, or hate United too much to recognize Vidic’s abilities. Van Dijk is excellent, but Vidic was exceptional. In 2019, he was voted the greatest central defender ever to play in the division. During his time at Old Trafford, he won the Premier League, the European Champions’ League, and the FIFA World Club Cup. Opposition strikers weren’t just wary of playing against him; they were positively afraid of him. We gave him strong consideration as the greatest Serbian footballer of all time, but in the end, we decided there was one man who deserved the honor more.

In 2019, Dragoslav Sekularac passed away. In that moment, Serbia lost its greatest ever player. It’s difficult to compare modern era footballers to those of the distant past because the game has changed so much, but Sekularac would have been a star in any decade, and on any football pitch in the world. He wasn’t just the first ‘celebrity’ footballer in Yugoslavia; he was the first sporting celebrity of any kind in the country. Such was his notoriety that a movie was written for him to star in. Such was his unpredictable nature that he was once suspended for a year for assaulting a referee. Sekularac’s talent may only have been matched by his temper, but such was the level of his ability that people were willing to overlook the other aspects of his persona. When Juventus came looking for him and tried to take him to Italy, Sekularac’s departure was blocked by the Yugoslav government on the grounds that he was too important to national morale to be allowed to leave. If that doesn’t qualify someone to be a country’s all-time greatest and most important player, we don’t know what does.