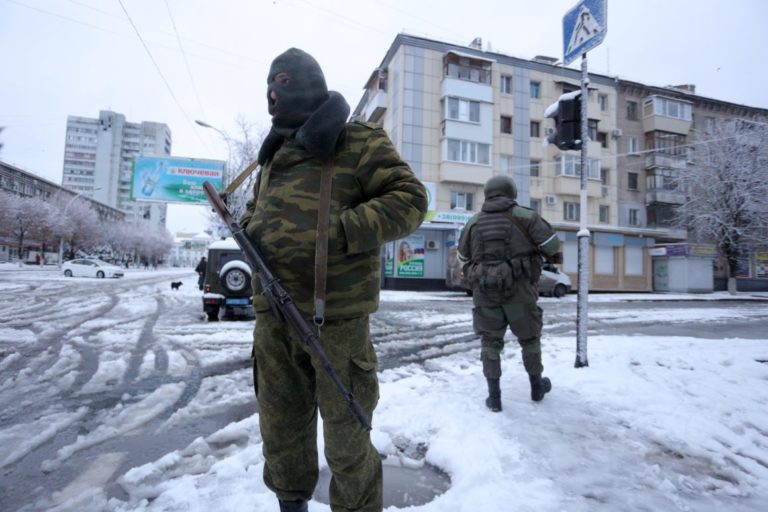 KIEV – The Right Sector, Ukraine’s ultranationalist radical organization, has called an urgent gathering for its supporters in downtown Kiev following Monday’s clashes between police and protesters against amendments to the Ukrainian Constitution, TASS reports.

“The blood of patriots has been spilt near the Verkhovna Rada [parliament],” the Right Sector said on its Facebook page.

“[President Petro] Poroshenko not only looks like [former president Viktor] Yanukovych but has also shown love for despotic methods against people,” the Right Sector said.

Over 3,000 protesters against the Ukrainian Constitution amendments gathered at the Rada headquarters on Monday morning.

According to Ukrainian 112 TV channel, some 100 policemen were injured in clashes with protesters.

Ukrainian Interior Minister Arsen Avakov said some 30 protesters, including the one who threw a grenade at policemen, were detained.

Avakov said that a National Guard fighter had died of a gunshot wound to his heart received during riots outside the Verkhovna Rada building.

“One National Guard soldier received a gunshot wound to his heart. We thought it was a splinter but as it turned out, someone had fired shots on the quiet,” Avakov wrote in Twitter.

The Ukrainian police press service reported the protest action staged at the building of the Ukrainian Verkhovna Rada (parliament) earlier on Monday has moved from the Rada further to the center of the city.

“Everything is calm at the parliament building. The rioters moved to the crossroads of the Grushevskogo and Lipskaya streets,” the report says.

Blood stains can be seen in the square in front of the parliament building, there are stones, bottles and batons there.

Meanwhile, according to Ukrainian News reports, three journalists have been injured on Monday during the Rada clashes. A Ukrainian News correspondent reported from the scene that a TSN TV channel cameraman, who got a leg injury, was carried from the site by a bus of the Ukrainian National Guard.