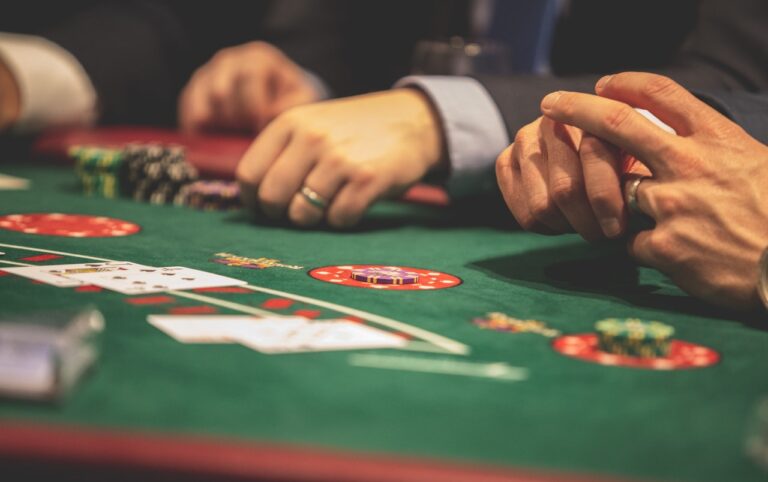 While many people believe in certain superstitions, gamblers take it on a whole another level. The Lady Luck is what’s important to them, and everything and anything that can affect it is a serious matter to gamblers. So, even if these superstitions seem a bit odd to a regular person, for gamblers, this can be something very serious.

So, if you want to learn the gambling etiquette, and maybe try out your luck sometimes, this is the right place for you. In this article, we will be going over the craziest superstitions gamblers believe in.

So without further ado, let’s get to it!

Okay, this one is the most obvious of them all. Gamblers are famous for having their lucky numbers, and the most universal of them all is number seven. For some reason, this number is considered to be extremely lucky, and it seems to appear almost anywhere: The seven days of the week, the seven dwarfs, the seven deadly sins, the seven lucky gods, and so on and so on. Why is this so? Well, it’s an absolute mystery.

On the other hand, the lucky and unlucky numbers may differ from culture to culture. In western societies, the unluckiest number is considered to be 13, and no one is exactly sure why. When it comes to eastern cultures, especially in Asia, the unluckiest number is considered to be number 4. In Japan and China, many buildings don’t even have the fourth floor, since the number is associated with death. Of course, these cultural beliefs usually affect people’s gambling habits as well.

While it may be a habit of yours to cross your legs while sitting, when in a casino, you should probably try to avoid it. Gamblers believe that crossing your legs means crossing out your luck as well. So, you’ll never see a passionate gambler sitting in this position while they’re playing. It’s a weird thing to believe in, but it’s better to be safe than sorry, right?

On the other hand, crossing your fingers is completely acceptable, if not recommended. So basically, keep your legs straight and your fingers crossed and you’ll be fine!

Many gamblers, once they’ve made a big win, choose to wear the same clothes the next time they go playing. This is because it’s believed that certain clothing can bring you good luck, acting like some sort of charm. Some people went as far as to never even wash their lucky clothing so they wouldn’t wash out the luck from it. While it may sound silly to some, it actually has a good psychological effect on people. If you believe a certain item brings you luck, you’ll be able to attain a more positive mindset while gambling. This will help you accept a loss much better for example, as you’ll be able to find something positive in a negative situation.

Other than that, red clothes are considered to be lucky in many gambling cultures. This superstition originates from Chinese traditions and cultural beliefs, so don’t be surprised if you only see red when you’re in a Chinese casino.

This is more prevalent in Western societies, especially in the United States. Fifty dollar bills are considered to be extremely unlucky, and many American gamblers will refuse to pay or even be paid in them.

The myth originates from the world’s biggest gambling center- Las Vegas. It’s said that the mafia used to bury people they’ve killed with these bills in their pockets. Still, many people don’t even know the origin story and are still extremely wary around these bills. It’s simply something that people believe in, and when it comes to gambling, it’s better to avoid any risks, no matter how silly they might be.

Going through the front entrance

Many gamblers avoid going into the casino through the main entrance. Why is this so? Nobody knows. Still, it’s considered bad luck, so most passionate gamblers will avoid it as much as possible. Like previously mentioned, it’s simply better not to tempt fate. Many of these superstitions are something that’s been passed on from the older generations, and the origin that explains it got lost over time.

Well, luckily for us today, there is a way to completely avoid this risk. With the rise of online casinos like the UFA, this superstition might cease to exist in the foreseeable future.

All in all, it’s a pretty interesting concept, isn’t it?

This saying has mostly been popularized by Hollywood. Of course, there is no reason why you shouldn’t be happy in love and still get a win at the casino. Still, it’s something many people believe today, and it may be a way for them to feel better for the temporary lack of romance in their lives.

Of course, some people take this saying to the extreme levels. In China, engaging in sexual intercourse before a game is believed to mean a certain loss. It’s silly, but like all of these, it does have a specific purpose. If you believe you’ve done everything to attract good luck, you’ll have higher chances of winning. This is because, in games like poker, your confidence might determine the outcome. Many of these games have a huge psychological factor that affects every party involved. So yes, as long as these are not taken to the extremes, they’re completely harmless and might even help people to feel better after a bad run at the casino.

There are much more fun and interesting gambling superstitions, some of which are not whistling while playing, not counting your money before the game is done, washing your hands if you’re losing, avoiding Fridays, never touching a shoulder of someone who’s playing and a lot of other ones.

Whatever the superstition, it’s all fine and well while it’s not taken too seriously. It’s a fun thing to learn about, and it’s a huge part of the gambling community.

All in all, it should be something fun and uplifting. These also have a good impact on people, as they can be pretty effective in helping players relax and have more fun with the game.