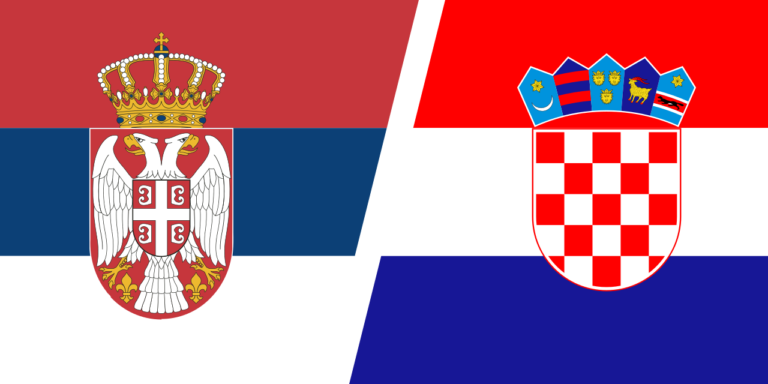 Croats are descendants of the Serbs and the genetic match of both peoples is nearly identical, with the difference that Serbs are the older of the two peoples and therefore, practically created the Croatian nation, Before it’s news reported

This exclusive discovery is the result of research by the prominent Croatian FA Institute in Zagreb conducted during the last nine years. This Institute, which received much international recognition in the field of genetic research, announced that their research, based on a sample response of 7320 Croatian citizens received the highest genetic correlation with the Y chromosome and haplotype of the Slavic haplotype of the Serbian people from the tenth century, writes the portal.

According to a recent research, in the time before the great migration of nations (before the fall of the Western Roman Empire), two tribes of Iranian origin set out on a great adventure. Serbs and Croats were once tribes of Iranian origin, from the regions north of the Black Sea and the Caucasus. The original Serbs and Croats were part of a nation that has historically been best known under the name of Scythians. In chronological order, they were first known as Sumerians, Scythians, Sarmatians, Alans, and now they are the only direct descendants of the ancient warrior Caucasian people, Ossetians.

That would roughly mean, concludes the report of the Institute, that all previous assumptions about the origin of the Croats were completely wrong and that the Croats were not able to see the obvious:

It is also stressed that this was not possible to be discovered until now because samples were taken from the Y chromosome of Serbs living in Serbia, which is why previous studies gave different results. Namely, according to the Croats, the present inhabitants of Serbia have the greatest genetic linkage and an almost identical number of Y chromosome haplotypes and correspondence with the Turks, and this is mostly explained as the Turks, during the five centuries of colonization and especially after the death of a large number of Serbs in Kosovo, mixed their genes with the local population.

The differences between the genes of the “original” Serbs and today’s Serbs are the same as between the Romanians and the French, even if both these nations belong to the Romance group, explained the Institute, and it points out that the Croatian gene is actually more closely related to the gene of Serbian ancestors than the genetic structure of today’s Serbs.

The Institute also said that during the last two months they were trying to decide whether to publish these results because it would bring into question the whole of Croatian-Serbian history and relations between the two nations, Before it’s news concluded.