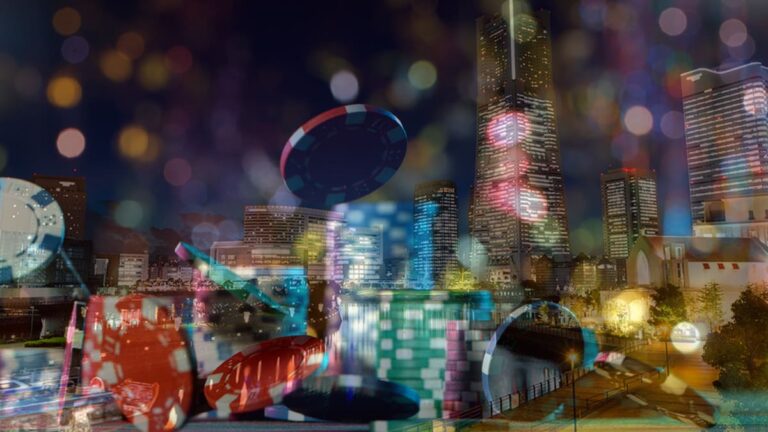 Depending on where you live, you may or may not have noticed that gambling is slowly taking over the world. We don’t blame you if it’s escaped your attention if you live in a state or country where gambling is illegal, but in territories that it’s permitted, it’s everywhere. The English Premier League – the world’s most lucrative football competition – features gambling sponsors on the shirts of almost every single one of its teams. Gambling companies sponsor motor racing. They occupy hours of TV commercials every night. It’s one of the fastest-growing industries globally – and that includes places where it was once strictly prohibited. Specifically, that includes Japan.

For many years, successive Japanese governments held a puritanical attitude towards gambling. It was illegal, and they had no intention of changing that fact. They viewed gambling as a high-risk, immortal activity, and they were determined not to allow it to ‘corrupt’ the country’s people. All of that changed in 2018. Perhaps moved by the growing global popularity of OnlineSlotsUK, the government performed a 180-degree turn. They may have accepted that it was impossible to keep gambling out because online slots websites can be accessed from everywhere. Alternatively, they may have become appraised of how much tax money casinos, online slots websites, and other gambling attractions can make for their host countries. Whatever the reasoning might be, they changed their minds.

In July 2018, Japan woke up to the news that casino gambling was about to become legal in the country, and big-name international brands were ready to move in. There was no news about the official legal status of online slots websites – a situation that remains unclear to this day – but MGM Resorts International and Las Vegas Sands Corporation were both named as parties interested in bringing casino attractions to the Japanese people. This was all part and parcel of then-Prime Minister Shinzo Abe’s grand plan to revitalize the country’s tourist economy and find new income streams for his nation. In his eyes, there was no reason why Japan couldn’t create a Las Vegas of the East (disregarding the fact that one already exists in Macau). He wanted to send the message that Japan was open to forms of business that it had previously been closed to, and the gambling industry had a formal invite.

Abe’s plan was clear. Japan would approve the construction of three ‘super casinos’ on its land, and every major casino or online slots company in the world was welcome to bid on those locations, with a minimum spend of ten billion dollars per site expected. Voters weren’t united (far from it) in their enthusiasm for the concept, but Abe and his government were resolute. The casinos were happening, and the matter of where they were going to be and who got to operate them was a matter for the private sector to deal with. From their point of view, no matter who won those contests, the nation’s economy would benefit and, therefore, everyone would ultimately be a winner. That’s not something you can say about most gambling situations. It’s proven not to be the case here either.

The plan was already in trouble by the start of the year before the world ground to a halt in March, and the resultant delay since then may have killed enthusiasm for the project entirely. It’s one thing to spend ten billion dollars on a new facility when things are going well. It’s quite another thing to spend it when nobody’s been able to visit the facilities you already operate for half a year, and your income has dropped to almost zero. Online slots websites have been able to operate unencumbered throughout the past few months. Companies that operate brick-and-mortar facilities – MGM Resorts International, for example, haven’t been so lucky. It’s far from clear that they still have the appetite to pursue the deal any further, and even if they do, environmental concerns might unravel anything.

One of the first prefectures to be put forward as a potential venue for one of the three ‘super casinos’ was Hokkaido. Initially, the prefecture’s authorities seemed positive to the idea, and various companies confirmed their interest in building something there. A stunning artist’s impression of Caesar’s casino in Tomakomai city was drawn up and attracted many admiring glances online, and the Mohegan Sun company of Connecticut got in touch with officials in Hokkaido to register its interest, and book out some office space and show willing. Not to be outdone, Hard Rock also made affectionate noises in Hokkaido’s direction. Hokkaido basked in the glow of the casino industry’s affection for a brief moment, and then slammed the door shut hard in their faces.

Naomichi Suzuki, the governor of Hokkaido, had hoped that he’d be able to approve an environmentally-friendly casino; one that was built in harmony with the Tomakomai area. After looking at the plans that were submitted to him, he was reluctantly forced to concede that it wouldn’t be possible. Lake Utonai, an area of outstanding natural beauty, would be adversely affected. The wetlands surrounding the lake are protected by international law, and circumventing those laws would be impossible. The prefecture as a whole contains the country’s second-biggest island, much of which is unspoiled, and it was decided that there was no way to build a casino on it without spoiling what nature had already created. Suzuki could have requested a formal environmental assessment impact from the government, which might have supported his case, but that would take three years. By that time, the casino business would have gone elsewhere.

It’s heartening to know that even in these times when money seems to control everything, and anything can be dug up or built upon if there’s cash to be made, nature occasionally finds itself a defender. We have no objection to casinos being built in Japan – or anywhere else, for that matter – but having had the opportunity to study Hokkaido and Lake Utonai, we find ourselves agreeing that they would be harmed by having a Las Vegas-style attraction dropped right into the middle of them. Casinos might be a Tokyo idea, or an Osaka idea, or a Yokohama idea. Hokkaido doesn’t need it. It’s doing just fine as it is.