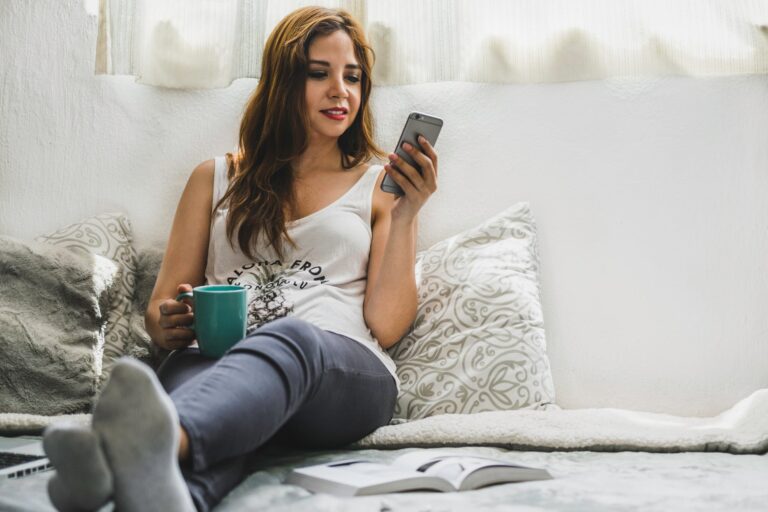 Numerous studies have shown that mobile applications are very popular. Still, some of them stand out from the rest. A similar situation is everywhere in the world, so Serbia is no exception to the rule. Which applications can most often be seen on the personalized home screens of mobile devices of users in Serbia in 2023? We will try to give you an answer to this question.

The Popularity Of Mobile Applications

Mobile applications have gained immense popularity in recent years. Thanks to their popularity, the earnings they make are increasing. In the entertainment industry, apps are slowly catching up and overtaking almost everyone, even Hollywood. The number of mobile applications is increasing every day, and their purposes are very diverse: From use in social networks and games, those that help us organize our work – to those that remind us to drink water, book a hotel and taxi anywhere in the world.

There are also those whose main goal is to promote social responsibility or to initiate humanitarian actions. In a word, whatever segment of life comes to your mind – there are probably already many applications that can make your life easier and more fun.

Why Do We Love Apps So Much?

We already know that today we use mobile phones for various purposes. For a long time now, they have not only been used for mere conversations – but can also be used in many other ways. Therefore, it’s not surprising that we are using mobile phones more than ever. Numerous studies tell us that on average we spend more than 2 hours a day using a mobile phone. We spend the least of our time on conversations, and far more on texting and using mobile apps.

Therefore, it is not surprising that the market for mobile application development is booming today. These provide various possibilities. They can provide us with various information such as company info, news, selling products, and more. Today, we use applications on three basic platforms, and developers have more and more work to do – providing support to both users and clients who have a request to create applications for their business.

Development Of Mobile Applications And Their Creation

Most experts claim that app development is a demanding but very exciting job. According to techtiqsolutions.com, the development of mobile applications is a process that includes several phases. In the initial phase, the developers work the analysis – so that they understand the client’s idea, goals, and needs. Depending on the activity in which the client is engaged, these can be different types of applications. From those that help him in business, through sales – to entertainment or games that are especially popular.

The job of creating applications must be approached very seriously. Although they seem fun – their release is a serious job that requires professional teamwork. The development itself is demanding but, at the same time, creative job that involves creating a layout – and devising a way in which the application will be interactive with future users. The next stage of development involves the design of the application, which is also very important.

It represents its visual identity and refers to the creation of design concepts, icons, buttons, backgrounds, etc. After that, developers start with programming, but also the elimination of possible shortcomings, if there are any. Finally, with the completion of this part of the work, developers will do the app testing – after which the product is ready to be launched.

Most Popular Apps In Serbia

The market in Serbia is not too different from the rest of the world. Useful applications such as travel apps, maps, transportation, but also social networks, music, and dating – are on the top list of the most popular in Serbia. Let’s see some of them.

Facebook is one of the most popular applications used in Serbia. If we take a closer look and compare it to the full version, we will understand why this is so. Namely, the standard one is almost 65 MB in size, with the much smaller version giving only a scale of 1.6 MB. That’s a big difference. And compared to the whole Facebook app, the lite version isn’t that bad.

Although, based on the name it may seem to you that this application comes from the west, Badoo is, in fact, the work of the Russians. The biggest advantage of Badoo is that you can communicate with people who have similar or the same interests as you and it is very easy to use. What is surprising about this dating application is that it is ranked 65th in the most visited sites in the world. This one itself is made in 30 languages and is used in over 180 countries.

The service that has been talked about so much in the Serbian public – is based on an application that allows you to efficiently get from point A to point B by relying on the service of one of the CarGo drivers. The whole service is based on it and depends on its quality – and despite the occasional problems – the experiences are very good. It’s easy to use, get all done with a few clicks, from vehicle calls to payments. We will see how things will progress, both from a business and a technical point of view. However, all the potentials are there, to the satisfaction of many users.

We use Canva to create posts on social networks, and mostly for Instagram. The app is very easy to use, and in just a few steps, you can create quotes for Instagram or graphics for a Facebook ad. We make all posts with quotes on Instagram using Canva, and when we do it from a mobile phone, it takes less than 5 minutes. Besides the mobile version, there is also an excellent Web version – which provides additional options related to the design and storage of created posts.

One of the most famous, but also the perfect navigation applications is certainly Google Maps. You don’t even need to install them. If you have an Android phone – it is already in the basic mobile applications.

And finally, one of the most popular apps in the Serbian market is Deezer Music. Deezer guarantees users the enjoyment of over 40 million songs, which they can listen to as much and wherever they want. This one allows you to keep all your music in one place by giving you the ability to create your music collections, personal music tracks where new music meets that of the past, get lyrics, make unlimited playlists.