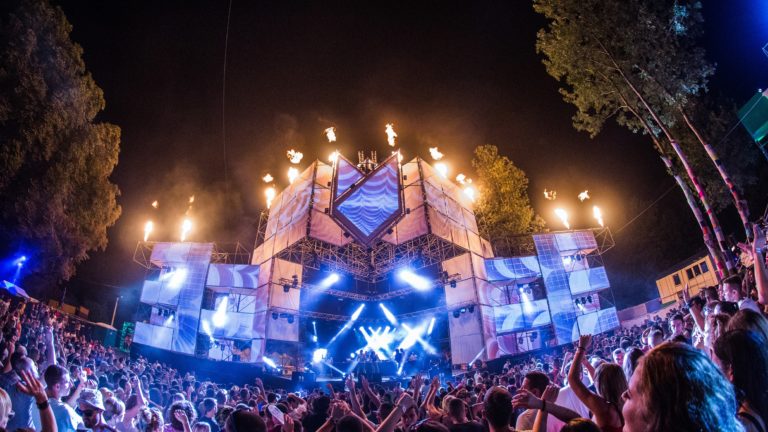 Some of the most popular, amazing and the biggest music festivals are held in Serbia. Serbia is a great host for the best award-winning festivals, that gather youngsters from all over to the world. The young people can see and hear their favorite musicians at a small ticket price but they will get the best festival experience. Serbia music and its performers also take part in this festival, and during the festivals, Serbs show strangers and tourists that Serbia is the cultural center on the Balkans.
Music festival in Serbia is the place where you can meet knowledge, culture, and art on the same spot and see the Balkan influence. The top three festivals in Serbia, where you can also discover and meet Serbia music are Exit Festival in Novi Sad, Dragačevo Trumpet Festival in Guča, and Nišville Jazz Festival in Niš.

Exit Festival is the most famous festival in Serbia, in Novi Sad, which is the second largest city in Serbia. The most fascinating about this festival among the musicians is venue; Petrovaradin fortress from the seventeen century which is located on the right bank of the Danube River. Exit festival is taking place every year, in summer, in July and lasts for 4 days and nights.
There are more than 40 stages in the fortress and the most popular are the Main Stage, where perform the most famous Rock, and Pop musicians from all over the world, and Dance Arena, where you can enjoy in the music of the most popular DJs and producers.
If you are a fan of the after parties you can go to the river beach called Štrand, where you can chill all day.
Motorhead, Prodigy, Garbage, Iggy Pop, Underworld, Lilly Alen are just some of the names who performed at the Petrovaradin fortress. In those 4 summer days, Petrovaradin fortress becomes the State of Exit and hosts more than 600 performers every year. In this festival, you can also see the artists from Serbia and former Yugoslavia such as KUD Idijoti, Darkvud Dab, Rambo Amadeus, Dubioza Kolektiv, Hladno Pivo and etc.

Guča is the second most famous festival in Serbia and the most famous trumpet festival in the world. It is taking place every year in the small town of Guča near Čačak, the city which is located about 200km from Belgrade. Guča festival gathers all the lovers of the traditional Balkan music sound, Serbian food, and drink.
Many of the tourists go on this festival to dance on the tables, relax, eat ćevape, and drink rakija while enjoying the trumpet performances. The famous Miles Davis, when he was the first time on Guča Festival: ’’ I did not know you could play trumpet that way.’’
The Guča always takes place in August and last one week, and the first ever festival held 50 years ago in the churchyard of the church of St Archangel Gabriel in Dragačevo. This traditional festival shows the tradition, culture, and customs of Serbia in its original way.

Like the Exit, Nišville also takes place in the eighteen-century fortress in the Niš. This is the international jazz music festival which is held every year and hosts more than fifty bands on five stages in the center of the beautiful Serbian city.
On this festival, you can enjoy the music program which consists of soul, acid jazz, and lounge-latino. The jazz festival in Niš has tradition 30 years long, and for the last 18 years has a name of Nišville, lasts for 4 days, and hosts more than 500 musicians. Some of the performers who took part of this festival are some of the biggest names of jazz world scene such as Tom Harrell, Solomon Burke, Larry Coryell, Incognito, Dr. Donald Byrd, Duško Gojković, and Šaban Bajramović. Besides the music stages on Nišville, you have a Movie stage, where you can watch films about jazz music and Rolling Stage, which is an open bus that strolls through the city.